Franchise Review:  Why Snap Fitness is One of the Top Fitness Franchises for 2013

By emphasizing value, no contracts, scaled-down amenities, and 24-hour access for members, the Snap Fitness franchise model doesn’t differ that much from some of its competitors, especially Anytime Fitness; but its aggressive expansion globally, turning it into an international brand, could give it a growing edge. 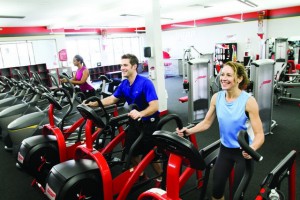 Snap Fitness may have its biggest year yet in 2013 as it follows through on previously announced plans for multiple franchise openings in countries such as the United Kingdom and Australia. At the end of 2012, it also announced newly signed master agreements that will bring its concept to Singapore, Thailand, Hong Kong, the Philippines, Indonesia, Malaysia, Egypt, and Mexico.

Such widespread cultivation of the brand will certainly be beneficial to North American franchise partners as the name becomes known around the world. The company, founded  by CEO Peter Taunton in Chanhassen, Minn., has only been around for 10 years and already has more than 2,400 locations sold worldwide; it adds about 10-15 new locations each month, according to company marketing materials. The latest agreements call for more than 700 locations to open in the new markets over the next five years.

Franchise Chatter chose Snap Fitness as one of the franchises that defined 2011 and named the company among the top fitness franchises of 2012; we continue to see excellent opportunities offered by the company for potential franchisees.

It has a slightly lower franchise fee than Anytime Fitness, $15,000 versus $27,000, respectively. However, the total initial investment ranges from $76,100 to $361,700, which is marginally higher than the comparable range for Anytime Fitness. Franchisees also pay a fixed royalty fee of $449, rather than a percentage of revenue, which allows Snap Fitness owners to keep more money in their pockets.

Snap Fitness is currently marketing itself as a chain of clubs that promotes total wellness for its members with value-added services such as custom nutrition profiles, online meal planning, and personal training, which seems to be an industry trend in response to what consumers are demanding.

To read about the next franchise on our list of Top Fitness Franchises for 2013, please check here.