Franchise Review:  Why Iron Tribe Fitness is One of the Best Fitness Franchises for 2013

Group fitness is the hot trend in fitness franchises and Iron Tribe is at the head of the pack when it comes to bringing the concept to the masses. The company that started in the founder’s garage can now be seen as one of the drivers of the sector as one of its top franchises. 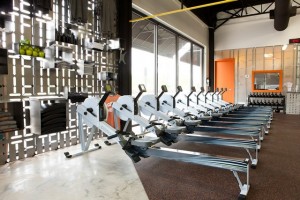 Iron Tribe Fitness was launched by Forrest Walden in 2010 with a single location in Birmingham, Ala., and now has more than 40 franchise agreements. According to projections, it is on track to reach 300 units by 2017.

The franchise is designed as a group training environment, where five, 15 or even 20 or more people work out together as a team, encouraging each other to be better together than they would be working out alone. Walden has said the program targets overall physical performance and fitness improvement to make members better athletes (the word the company uses instead of members) while maximizing their hormonal response to exercise.

Aside from the group mentality that appeals to consumers, the company’s franchise model offers benefits for the investor, particularly through its use of social media to build brand awareness. Winner of the 2012 Infusionsoft Ultimate Marketer award, the company’s focus on online marketing is paying off with big dividends. It has reported that 88 percent of its customers come from online leads thanks to email marketing and marketing efforts that utilize YouTube, Google Local, Facebook, and Twitter.

The total investment necessary to begin operation of an Iron Tribe Fitness franchise is $159,500 to $219,500, plus the real estate cost of leasing or purchasing a site. This includes an initial franchise fee of $35,000 as well as operating capital of approximately $45,000.

Franchisees also benefit from a proprietary intranet that houses all manuals, forms, procedures, and checklists, as well as videos on every aspect of store operations from sales to coaching.

Because it is a young company, Iron Tribe Fitness continues to test ideas and strategies at corporate locations in order to provide franchise locations with the latest and most effective methods to grow a franchise.


To read about the next franchise on our list of Top Fitness Franchises for 2013, please click here.