Franchise Review:  Why Gold’s Gym is One of the Best Fitness Franchises for 2013

When it comes to brand awareness, Gold’s Gym is certainly a worthy competitor in the fitness franchise ring. The name has been around for nearly half a century. Yet, the brand stays current by paying attention and reacting to industry trends. For example, in recent years, it launched an Express concept gym, designed to help people of all fitness and income levels achieve their goals at an affordable price. 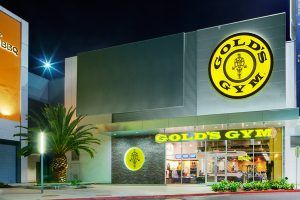 Established as a single gym in Venice, Calif., in 1965, Gold’s Gym has long been seen as the gym of choice for seriously fitness-minded members, especially those interested in weight training for bodybuilding. During the last decade, however, the brand has been refreshened to project a less-intimidating image as a unisex gym that offers group activities and modern machines.

Gold’s Gym International, which franchises more than 600 units, also owns and operates more than 80 corporate facilities. It has been franchising since 1980 and has a line of licensed apparel and equipment, which further strengthens the brand.

Because facilities are typically larger than those of leading competitors, the estimated initial investment to open a Gold’s Gym is $966,000 to $3,892,000. However, among other differentiators, the company has established Gold’s Gym Capital, a financing arm of GGI, to help existing and future franchisees secure financing for both Gold’s Gym Express and full-amenity Gold’s Gym locations. Headed by finance industry veteran Chuck Lemar, the program was established especially to help partners expand operations and enhance their clubs.

The iconic brand has also aligned itself with other heavy hitters by operating a corporate wellness program for clients that have included Whole Foods, the U.S. House of Representatives, American Airlines, and Exxon Mobil.

And, the company puts its money where its mouth is: In 2004, Gold’s Gym introduced the Gold’s Gym Fitness Institute to serve as a think tank on critical health and fitness issues and in 2006 the company became a National Strategic Partner of the American Diabetes Association.

While the brand suffered some negative publicity last year due to controversial corporate political donations, overall it remains a healthy top franchise.