Franchise Review: Why Anytime Fitness is One of the Best Fitness Franchises for 2013

Anytime, anywhere. Anytime Fitness has had the first half of the phrase down pat since 2002 when it began franchising its concept of convenience, opening small neighborhood gyms that provide members 24-hour access with a key-card. The company is now working on the “anywhere” part of the equation. 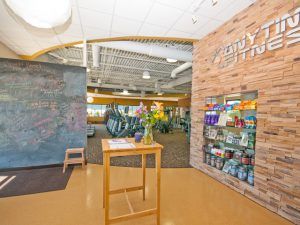 In its first 10 years, Anytime Fitness grew to more than 2,000 clubs globally. Along the way it, it has been named as a top franchise by many publications and is considered the fastest-growing fitness franchise in the world by the International Health, Racquet and Sportsclub Association. To put its rapid growth into perspective, consider that Anytime Fitness achieved 2,000 units in a decade compared to McDonald’s, which took 32 years to reach the same milestone, and Subway, which took 23 years.

With revenues of more than $484 million in 2012, the company’s most valuable assets might be its co-founders, longtime fitness industry gurus Chuck Runyon and David Mortensen, who have created a company culture that emphasizes the value of people—both members and franchisees.

But the partners also stay vigilantly abreast of new technology that creates ease, again, for both members and franchisees. Sophisticated systems already integrate access and security systems with billing and payment processing; member check-in and data management tools with marketing features; and it even offers cashless vending solutions that allow members to charge purchases to their account. It is also about to launch an online educational system to assist franchisees in building their business.

Anytime Fitness is perceived as an affordable investment for franchisees. The total investment necessary to begin operation of an Anytime Fitness center is between $71,599 and $353,899. That includes an initial franchise fee of $26,999 for a new franchisee and the company offers a flat-rate royalty of $499 per month.

With further proliferation, Anytime Fitness is not only establishing a global brand, but its members benefit from Anywhere Club Access, a membership reciprocity program that allows members to use any of the company’s more than 2,300 clubs worldwide. Such omni-access could give it a long-term advantage over competitors.


To read the introduction to this series, please click here.