With growing concern about childhood obesity, baby boomers leading a healthier lifestyle to sustain their vitality, and a general trend in the U.S. population to focus on a more active lifestyle, the $25 billion gym, health, and fitness club industry continues to attract investors interested in franchise concepts. 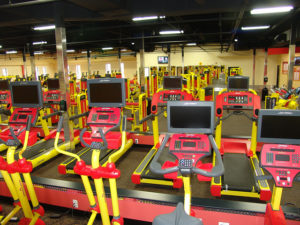 Gym memberships last year numbered more than 43.6 million, according to a report by IBISWorld market research firm, and while the sector did suffer, like most businesses, during the recession, it is poised for annual growth of 2.8 percent during the next five years. Revenue is expected to increase 2.5 percent in 2013 alone as disposable income rises and the job market gradually improves, analysts report. Profitability is expected to make an even bigger jump, IBIS projects, rising to 8.7 percent as “improved demand allows gyms and fitness clubs to reduce promotional discounts and increase rates.”

Franchise Chatter has noted the increased interest in fitness franchises by the website traffic generated by articles about the sector. That has prompted us to name our Top 8 fitness franchises based on interviews, our own research, as well as first-hand knowledge of the franchise business. Because the franchise models differ greatly from full-service, big-box fitness clubs to smaller, convenience fitness clubs, our picks are listed in alphabetical order and include what we consider to be the major players in the industry for 2013.

To read about the first franchise on our list of Top Fitness Franchises for 2013, please click here.