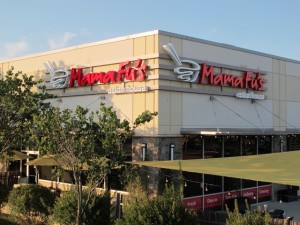 There are currently 13 operating stores, primarily in Texas, but also in Arkansas, Florida, Georgia, and North Carolina. The company has 63 additional stores in various stages of development, and expansion plans call for a total of 130 new restaurants over a five-year period. This year, it announced agreements for three restaurants in Cleveland; 14 in the Dallas/Fort Worth Market; and 18 in Houston, its largest franchise deal to date.

Because of its flex-casual concept and Pan-Asian approach, Mama Fu’s has little competition currently in the Asian space, said Murphy, noting that Panda Express is primarily quick-service Chinese; and he believes Mama Fu’s food quality is better than its main competitors Pei Wei Asian Diner and P.F. Chang’s. Chipotle and Zoes Kitchen might also be considered competitors based on their made-to-order, fresh food offerings, he said.

Mama Fu’s is differentiating itself from the competition not only through the flex-casual format but also by marketing itself as family-friendly and by offering delivery service.

“I think it’s really Asian’s time, looking at it from coast to coast. Obviously, the prospect for growth is fantastic,” he said, when asked to speculate about the future of the Asian segment of fast-casual dining. “In America, palates are changing. They’re becoming more worldly, whether that’s through technology or just through evolution.”


“I think going into the heartland of America right now, there’s a lot bigger demand, especially with the younger generation, and there’s a perceived healthiness (of Asian cuisine).”