(Ambrosio’s note:  Welcome to Franchise Chatter’s newest bonus series for Platinum subscribers, Why Invest. Inspired by our very popular Fro-Yo Files, this new series will go beyond frozen yogurt to provide exclusive coverage of the larger franchise universe — including everything from pizza chains to massage concepts — and impart useful information and advice straight from franchise insiders.)

Winds of change have been wafting through the beauty business segment, carrying with them a whole new concept in salons that is attributed primarily to Blo Blow Dry Bar. The franchise is credited with creating an entirely new business category of outlets that service primarily women who want their hair washed and blown dry only, bypassing all other cosmetological services such as cuts, colorings, perms, and mani-pedis. 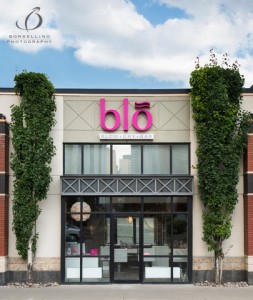 Though the origin of the blow dry-only service is disputed, many industry observers point to Blo, which got its start in Vancouver, Canada, in 2007, and has since tackled the American market by opening up Blo “bars” across the country. While it is facing more competition by the week as the concept is spread by other startups such as Drybar, Blo is the largest blow dry bar in North America.

“We created this market category back in 2007,” says Paul Spindler, chief operating officer of Blo. “If we’re talking North America, I think Blo is first. Really, the job is let’s distinguish ourselves from the typical salon. Having somebody like Drybar get on board, that sort of cemented in everybody’s mind that we’re a real business category.”

The difference between Blo and its main rival is that Spindler’s company offers franchising opportunities.

“I think, like anybody who has an ounce of common sense, I respect the competition,” Spindler said. “But our focus really now is on the U.S. and the rest of the world.”

Blo currently has 32 bars opened or in the stages of opening; aside from units in Canada, where it started, the company has 14 franchises in eight of the United States and has begun to eye Asia, with two stores in Manila.

The hair company’s beginnings are tied to a class project of then-20-year-old Vancouverite Devon Brooks, who came up with the idea while working on an assignment at the London College of Fashion, according to The Globe and Mail newspaper in Canada.

Devon’s mother, Judy Brooks, was so impressed with her daughter’s academic business plan that she decided to put it into action by opening a salon in June 2007. Within a year, the concept caught on like a lit match to hairspray; the mother-daughter team opened two more stores and attracted the attention of Toronto-based entrepreneur Ari Yakobson and his partner, Spindler, who already had experience with a franchise of their own called Melonhead, specializing in children’s haircuts.

Within months, Yakobson purchased Blo and merged it with the Melonhead operations, keeping the brand completely distinct. Spindler (also called “The Mane Guy” in Blo’s promotional materials) assumed the position of COO. Though the brand has been tweaked slightly since then, Blo was essentially franchise-ready with its concept of “no cuts, no color: just WASH, BLOW, GO” for $35.

The first Blo bar in the United States opened in San Francisco in April 2010 and since then, franchisees have been in a frizzy tizzy to get on board, Spindler said.

“We haven’t had to actively recruit. People are coming to us.”