Despite some of the heat it is taking for its CEO’s outspoken criticism on Obamacare and the resulting increase it will cause to the price of its product, Papa John’s International has announced that it will have signed more than 200 North American franchise agreements in 2012. These franchisees, nearly half of whom represent individuals who are opening their first Papa John’s restaurant, are expected to create more than 5,000 new jobs over the next three years, according to RestaurantNews.com. 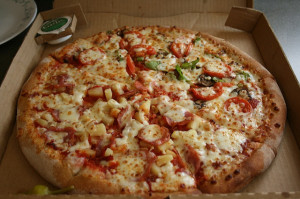 Last week’s announcement comes in the wake of another one by the company earlier this year that it would continue its Papa John’s Franchise Development Incentive Program. Under the program, eligible franchisees are offered a zero franchise fee (usually $25,000), a zero percent royalty for 18 months, and $50,000 in restaurant equipment for new restaurants opened through 2013.

The program is generally available for new U.S. agreements signed by qualifying franchisees through Nov. 30, 2013, for new restaurant openings on or before Dec. 29, 2013.

In 2012, restaurant openings under this program created approximately 3,000 jobs in North America, according to the company.

Prior to this month’s presidential election, Papa John’s founder and CEO John Schnatter said that the price of pizza would go up at the company’s outlets as a direct result of the company having to provide mandatory health care for all of its uninsured, full-time employees. It was estimated that the price hike would amount to 14 cents on a large pizza.

Papa John’s and Schnatter received considerable criticism in the media for speaking out against the Affordable Care Act and many industry observers speculated that it could harm the brand. In an apparent damage-control move, Schnatter wrote an op-ed piece in The Huffington Post last week, saying that some of his intentions have been misunderstood and that the company will honor Obamacare and provide health care benefits to all of his corporate employees along with all employees working in his company-owned stores.

“Papa John’s, like most businesses, is still researching what the Affordable Care Act means to our operations,” Schnatter wrote. “Regardless of the conclusion of our analysis, we will honor this law, as we do all laws, and continue to offer 100% of Papa John’s corporate employees and workers in company-owned stores health insurance as we have since the company was founded in 1984.”

Schnatter’s most recent comments have been reported by many media outlets, including Forbes magazine.