On the flipside of a bankruptcy restructuring, Fatburger seems to be back in the pink, at least in one major U.S. market, where franchises are experiencing “sizzling” sales, according to one newspaper report.

The Las Vegas Review-Journal says that Fatburger stores in Sin City are experiencing robust sales following a transition that changed all the company-owned stores into franchise outlets. The changeover occurred after spring 2011, as part of the company’s Chapter 11 restructuring plan.

“Now operating under a franchise model, the 60-year-old Fatburger is back to being a healthy burger joint. Financially speaking anyway,” the newspaper says, quoting Fatburger CEO Andrew Wiederhorn. 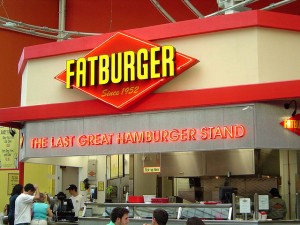 “We fought hard in the trenches to get through the recession and the economy. It was a difficult process to restructure the business and start rebuilding,” Wiederhorn said.

Of the 140 Fatburgers that exist globally, about 80 of them are in the United States.

The hamburger chain began international expansion efforts in 2006 by adding Canada, followed by China and the Middle East in 2007 and 2008, respectively. Today, 275 more Fatburger locations are being developed in 27 countries. About 70 of those will be domestic stores.

Wiederhorn said the international expansion really helped the brand, which has been most well-received in Macau; Dubai, United Arab Emirates; and Canada, which has 30 open stores and 24 in development.

There are 13 Fatburger locations operated by six franchisees in Southern Nevada. Only one Vegas-area location closed during the company’s bankruptcy. It has since been replaced by one that recently opened in Laughlin, Nev. Companywide, 20 stores closed from 2009 to 2011. But, 23 locations also opened last year and so far 35 have opened in 2012.


In Las Vegas, where six Fatburger restaurants are located inside Station Casinos properties, one location on the Strip is currently attracting 1,000 to 2,000 customers per day, which the company takes as a sign of a rebound.

The company reported sales of $82 million in 2011, and is expecting to exceed $100 million this year.