This week, DineEquity Inc., the owner of Applebee’s and IHOP restaurants, announced third-quarter profits that it attributed to strong franchise sales. The announcement bucked a trend in casual dining restaurants which have suffered lower-than-predicted net incomes as consumers continued to tighten purse strings in a sluggish economy.

DineEquity reported that the sale of nearly 100 of its restaurants to franchisees helped more than triple its net income in the third quarter. At the same time, the company said it has completed a transition to a fully franchised model, which will reduce overhead costs, free up capital, and increase profit margins. Ninety-nine percent of Applebee’s restaurants are now franchised, the company said. 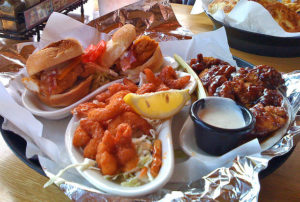 Still, the casual dining industry that offers full table service continues to face stiffer competition as chains such as Panera Bread and Chipotle Mexican Grill offer a cheap and convenient alternative to traditional fast food. Plus, popular promotions such as Applebee’s successful “2 for $20” promotion is now being copied by competitors such as TGI Fridays and Chili’s, which are offering similar deals.

As a sign that that the economy still has a stranglehold on the sector, DineEquity said traffic at both Applebee’s and IHOP was down during the third quarter. Price increases at Applebee’s, however, resulted in a 2 percent revenue increase for that chain, which should see an overall increase for the year, the company predicted. IHOP revenue may be up or down as much as 1.5 percent for the year, the company added.

DineEquity has more than 3,500 restaurants in 18 countries.

Next post: Franchise Chatter Q&A: Bill Swanson, Global CFO and North American CEO of Cartridge World, Talks About the Eight Values in the Workplace That Shape His Management Style