Quiznos sandwich chain this month has been touting a new management team that it hopes will shore up sales and stimulate new growth for the beleaguered brand that narrowly escaped bankruptcy and has experienced erosive store closings during the last two years.

Chief executive officer Stuart Mathis (former president of The UPS Store network), who took over the helm of the sub sandwich company in July, has announced additional members to the management team. James Lyons was installed as chief operating officer and John Coletta as chief financial officer. Lyons is the former COO and chief development officer for Del Taco and has held previous management positions with Popeyes, Denny’s, Domino’s, and Burger King; Coletta, former president of Cartridge World, was also previously with Rock Bottom Restaurants. 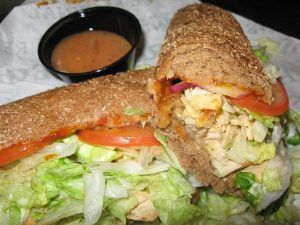 The struggling chain averted bankruptcy earlier this year by shifting ownership to the Avenue Capital hedge fund, which injected $150 million in new equity and took on a majority stake in a conversion of debt to equity. At the time, former chief executive Greg MacDonald said the restructuring would allow the company to grow its brand and expand. According to reports, Quiznos sales fell 23 percent from 2008 to 2010. Subsequent closings brought the number of stores in the U.S. down from its peak of 5,000 to its current 2,800.

In his first interview with Nation’s Restaurant News, Mathis said the company is focused on franchisee profitability and promoting food quality to strengthen its standing and challenge competitors.

After first tinkering with the Quiznos menu, leading to 25 changes, the company may have overwhelmed consumers, Mathis admitted; it is now trying to simply its offerings with limited-time promotions such as a recent hollandaise steak sauce prime rib sandwich and a Baja chicken sandwich to be featured in the next few weeks. It has also eliminated the slider, which Mathis called a “lower-quality” product. Furthermore, the chain will try to create “buzz” by bringing back its popular lobster sandwich next spring or summer, he added.

Meanwhile, Quiznos has set “a rather small goal” of opening about 40 traditional units in 2013 and about 50 to 75 stores in non-traditional locations, Mathis said.