For the sixth consecutive year, the National Minority Franchising Initiative has conducted a survey that acknowledges franchisors that demonstrate a commitment to the recruitment, inclusion, and on-going support of minorities. The survey resulted in “The Top 50 Franchises for Minorities” published earlier this month in USA Today’s Franchising Today.

The survey takes into account a number of criteria in compiling the annual list, asking several hundred franchisors to submit information that reflects minority participation (African-American, Asian-American, Hispanic, South Asian, etc.) among existing franchised and company-owned units, and minority representation among senior management with an annual salary of more than $60,000. 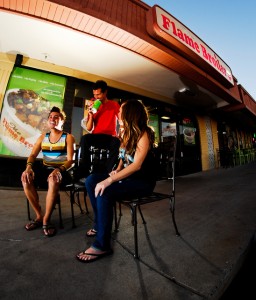 Estrella Insurance and UCMAS (Education) had the highest minority representation (100% each), followed by ATAX Accounting (98%). The highest traditional food-service company on this year’s list was Flame Broiler (97%).

Although UCMAS, OXXO Cleaners (94%), and Churromania (92%) have outstanding minority representation, they were excluded from the larger Top 50 list because each had less than 43 operating units.

“Our sense is that prospective minority franchisees want to be part of a system where their ethnic or racial group is already well represented,” the survey states. “This allows them to gain insights before becoming a franchisee, and, equally importantly, access a strong peer group to provide continuing support and encouragement.”

The National Minority Franchising Initiative cautions that the list is not a definitive means of choosing an optimal franchise system; rather it offers a starting point for a review of the industry. Based on its sample, the NMFI estimates that about 16% of all active franchises in North America are owned by minorities. That number is up from 8-10 percent participation 10 years ago.