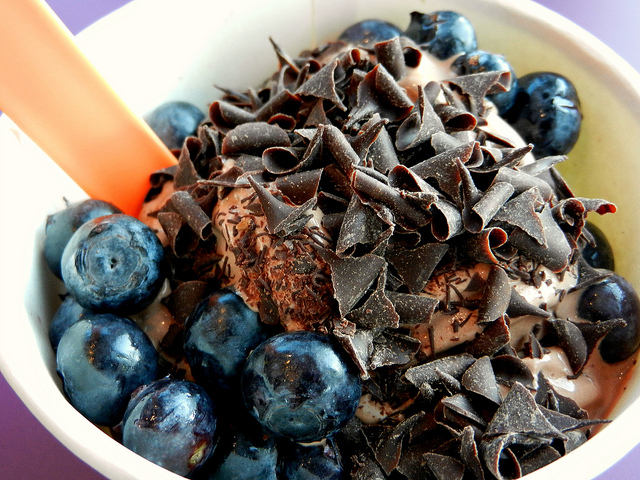 Too big to succeed?

That’s what investors are asking themselves about the frozen yogurt industry, as more contenders enter the fray every day. Ever since frozen yogurt hit the big time in the mid-2000s, new chains have cropped up on practically every corner in some big cities.

As Americans have become more health conscious, they’ve been happily spooning up frozen yogurt’s claims of superior nutritional value over ice cream. Nearly six million gallons last year, which is a 4.3% increase, according to the USDA. And those numbers are expected to keep rising.

But frozen yogurt’s success means frozen yogurt chains have to keep innovating and differentiating to stay on top of their game. (And let’s not forget that the entire frozen dessert industry has swollen. Artisanal ice cream, gelato, and even popsicle shops are nipping at frozen yogurt chains’ heels.) Some of the early leaders have taken some hits, with Red Mango forced to close locations and Pinkberry heading overseas where they can be the new kid in town again. Choosing a frozen yogurt franchise to invest in is trickier than ever.

In Franchise Chatter’s new Fro-Yo Files, I’ll evaluate frozen yogurt franchises to see which ones have the brightest future. And I’ll be speaking to both franchisors and franchisees to hear their own stories about what they’ve learned from their experiences, and about what best practices they’ve come up with that you can follow to become a successful franchisee.