With a move to New York City, increasing awareness of franchising as a lucrative avenue to business ownership, and an improving economy, the 2012 debut of the International Franchise Expo in New York was nothing short of astonishing, according to show organizers.

A total of 334 exhibitors showcased their concepts and products to an estimated three day attendance of 14,313 visitors, smashing previous records on both fronts. Held from June 15-17 at the Javits Center in Manhattan, the nation’s largest franchise event landed in the center of the business world for three days of lead generation, education, and networking.

This year’s IFE hosted more than 100 first time exhibitors attracted by a change in location after 20 years in Washington, D.C. and spurred by the desire to expand in the New York metropolitan area. Many veteran IFE franchisors claimed they saw more foot traffic by noon on the first day than they did over the course of the entire weekend during last year’s event.

Thomas Portesy is the President and CEO of MFV Expositions, organizer of the IFE.

Franchise Chatter (FC):  How would you rate the attendance at this year’s International Franchise Expo, held in New York for the first time, compared to previous years?

Thomas Portesy (TP):  Although the final results are not yet compiled, the attendance at this year’s event was everything we hoped for and more. The IFE welcomed over 14,000 visitors along with 334 exhibitors. We have not seen this type of turnout in years. Many thought these numbers would no longer be possible in this fast-paced world with information at everyone’s finger tips. Investors visited from the NY metropolitan area, from across the United States, and from around the world.

FC:  What feedback have you received from franchise exhibitors on the quality of franchise leads at this year’s expo?

TP:  In the 25 plus years of producing events, this is the first time I can recall not hearing a lone negative word. Without exception, every exhibitor commented not only on the record attendance but the high quality visitors in attendance.

FC:  Which franchise categories were the most popular among conference attendees this year?


TP:  It’s very hard to say, given the diverse industry segments and the variety of investment ranges represented by the exhibitors. A large majority of attendees leave the event with an interest in a company/industry that was not necessarily the one they were interested in prior to attending. 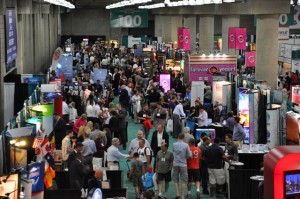 FC:  Did you observe any interesting trends among conference attendees in terms of what they are looking for in a franchise?

TP:  IFE attendees’ interests mirrored the diverse exhibitor base. With opportunities available from $5,000 to $5,000,000 in nearly every industry imaginable, the IFE hosted thousands of visitors who represent virtually every type of would-be business owner.

FC:  What were some of the more creative strategies employed by franchise exhibitors this year to stand out on the exhibit floor?

TP:  As always, food franchises sampled their products to the thousands in attendance. However, many took advantage of the three dimensional opportunity an expo provides. Companies demonstrated their product or service and some had the booth look identical to a franchise unit/office. In many cases, they showed videos of their concept or presented a seminar explaining their business.

FC:  Which seminars and events were the most well attended at this year’s IFE?

TP:  “The A-to-Zs of Buying a Franchise” was the most popular symposium – as usual. This year’s session sold out, so MFV added a second session which sold out as well. Another popular symposium was “Franchising Your Business” which always attracts a great crowd of current business owners.

FC:  For those who missed this year’s IFE, do you have any recommended resources to help prospective franchisees find the right franchise opportunity?

TP:  Simply log on to www.ifeinfo.com for a complete listing of exhibitors with detailed information on each. 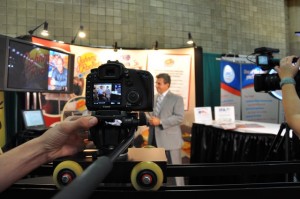 FC:  What advice can you offer those who plan to attend your next event to maximize the benefits of their conference experience?

TP:  Log-on to www.ifeinfo.com and register early. Review the exhibitor list and interact with companies of interest before you arrive at the expo. Schedule time to meet with those you have an interest in. Most importantly, keep an open mind when visiting the show and listen to what the exhibitors have to say about their culture, brand, and expectations. Smart franchisors don’t sell franchises – they award them – which means it’s important to realize a great fit between you and the franchise company.

FC:  What aspects of this past conference do you want to improve upon to make next year’s event even better?

TP:  Our biggest concern is to try and secure additional space at the Javits Center to accommodate those who want to exhibit. The main hall reserved for next year was virtually sold out for 2013 before the expo concluded on Sunday (6/17).

FC:  Is there anything else you wish to share about the International Franchise Expo?

Previous post: Dealmakers’ Summit Is the First Event of Its Kind to Focus on Connecting Private Equity with Franchisors and Multi-Unit Franchisees Who are Actively Seeking Funding (Q&A with Susan Black-Beth)

Next post: Why Beef 'O' Brady's Acquired The Brass Tap, a Franchise Best Known for Its More Than 300 Craft Beers, Premium Wines, and Live Music (Q&A)