Togo’s was founded in 1971 by a young college student with a large appetite and little money, looking to make sandwiches the way he liked them — big, made-to-order, and stuffed with the freshest ingredients.  Keeping in the spirit of the original, Togo’s products are still made with only the highest quality ingredients, including fresh-baked breads, premium meats, cheeses, and produce.

Tony Gioia, chairman and CEO of Togo’s, has more than 30 years of business-building achievements within the grocery, restaurant, packaged foods, beverage, and consumer products industries. Tony has a proven track record of formulating successful brand development and consumer focused initiatives for Fortune 100, high-growth, turn-around, public, and start-up companies. His past positions include president and CEO of Tully’s Coffee, president and CEO of Southwest Supermarkets, president of Baskin-Robbins, and co-founder and COO of Wolfgang Puck Foods.

Franchise Chatter (FC):  What’s the story behind the name Togo’s?

Tony Gioia (TG):  Togo’s was founded by Mike Cobler in 1971, when as a college student he bought a small sandwich shop named Togo’s in San Jose.

FC:  What are some of the things that set Togo’s apart from other sub sandwich franchises?

TG:  Togo’s has been a “West Coast Original” since 1971 serving up big, made-to-order sandwiches stuffed with the freshest ingredients. Our deli-style, one-to-one service gives a personal touch unlike the mega-chain assembly-line. Our menu features superior quality ingredients, including California avocados mashed daily, abundant quantities of high-quality meats sliced daily, chicken that is 100% all-natural, and fresh baked artisan bread made every day. Our customers also love our selection of hearty soups, fresh salads, and specialty wraps.

FC:  Can you tell us about your aggressive growth strategy, as part of your 40th year anniversary, to enter new cities in key Western states such as Oregon and Arizona?

TG:  Togo’s had an unprecedented year of growth in 2011, signing 23 agreements for new restaurants and opening 7 new California restaurants. One of those was our new company prototype in Pleasant Hill, CA.

Last year was also our 40-year anniversary, and as part of that celebration, we launched a strategic plan for expansion. We’re putting that plan into action, rolling out remodeling options for franchisees to refresh existing units, while continuing to grow the brand in our key growth states of Arizona, Nevada, Oregon, and Washington.

This year, we are targeting to open more than 20 new restaurants and remodel approximately 80 existing units. To date, three new Togo’s have opened in 2012 and are now serving residents in Bend, OR and Lathrop, CA, as well Mountain View, CA.

FC:  What makes Oregon and Arizona attractive markets for Togo’s? 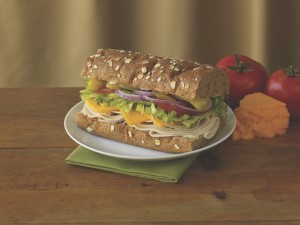 TG:  Togo’s is a great brand for Oregon, Arizona, and surrounding cities because the brand offers the quality and value guests crave, along with the business opportunity entrepreneurs are looking for. There are five Togo’s restaurants currently open in Oregon and four additional locations planned for Eugene and Springfield. For Arizona, there are currently three restaurants in development for Maricopa County, including a location in Gilbert, Arizona set to open this summer.

FC:  What are some of the changes in your store’s design under the new prototype?  How has this been received by your customers and franchisees?

TG:  The new store prototype highlights the deli-inspired, one-on-one style of service Togo’s guests receive, and showcases fresh food with reach-in glass refrigerators, see-through counters, and vibrant new décor. Togo’s also introduced an updated website in 2011 and a new interactive outreach to consumers. Our franchisees are thrilled with the changes and we’ve received very positive feedback from customers as well.

FC:  What are the top 3 factors that contribute the most to the success of a Togo’s restaurant?

TG:  Togo’s has many attractive attributes for a potential franchisee, starting with our brand loyalty. Togo’s has developed tremendous loyalty from our guests for over 30 years. The ultimate sandwich making experience, combined with great, fresh food, keeps customers coming back for more. Put those selling points together with our low start-up costs and high average unit volume, we have all of the tools for success in place. 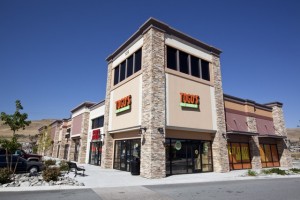 FC:  Can you share with us some key revenue and profit metrics for Togo’s restaurants in 2011?

FC:  What are the estimated initial investment and royalty fees for a Togo’s franchise under your new prototype model?

FC:  Can you tell us about the newly-formed $15 million fund to fuel Togo’s development in 2012 and beyond?

TG:  Through Franchise Finance America and The Bancorp Bank, both new and existing qualified Togo’s franchisees will have access to $10 million for remodels and transfers and $5 million to build new restaurants. Access to funding has been a struggle in today’s challenging economy. By creating this $15 million fund, our goal is to help our franchisees secure the funding they need to expand their businesses and enhance their current restaurants. 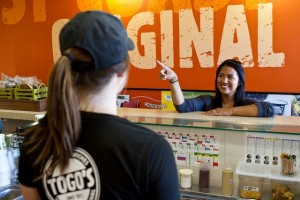 FC:  Can you name a few franchises (inside or outside your category) that you admire, and why?

TG:  I admire BrightStar, a full-service healthcare staffing agency. Shelly Sun, the founder and CEO, wrote a book about franchising titled “Grow Smart; Risk Less.” I am very impressed with their business model and their franchisor-franchisee relationships.

FC:  Is there anything else you wish to share about Togo’s?

TG:  Togo’s is the perfect franchise for people who are passionate about what they do. If you have the desire and determination to own your own Togo’s, then we will work closely with you to help build your business and achieve your goals. Togo’s has low start-up costs and combined with a supportive management team, it’s one of the best sandwich franchises. With our six quarters of same-store sales growth, we’re also one of the most successful in the sandwich category.

FC:  How can prospective franchisees learn more about the Togo’s franchise opportunity?

Previous post: "While Forever Yogurt is a Franchise, No Two Locations are Identical," Says Its Co-Founder and Creative Director Ahmad Yilmaz (Q&A)

Next post: FDD Talk: Average Sales of Massage Envy Spas, By Number of Years the Location Has Been Open (2012 FDD)