Franchise Business Review, a national market research firm that conducts independent surveys of franchisee satisfaction, took its first close look at senior care in 2010 when the industry was just emerging as a promising franchise sector. Since then, the home care industry has emerged as one of the top sectors for franchising, both in terms of profitability and franchisee satisfaction.

“In the past two years, the number of senior care companies on our annual list of top franchises has increased, and franchisee satisfaction in the sector as a whole just continues to go up,” said Franchise Business Review president Michelle Rowan.

FBR just released a new report that looks at the fast-growing, multi-billion dollar home care industry to assess the franchise investment opportunity. In compiling this year’s report, the firm looked at more than 35 senior care franchise companies, interviewed CEOs at some of the leading franchise brands, and surveyed 1,348 franchisees. 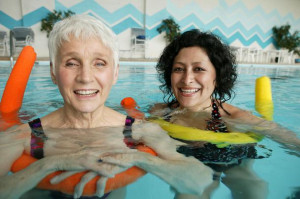 Franchisees were asked to rate their franchise systems in terms of financial opportunity, training and support, leadership, operations and product development, core values (e.g., honesty and integrity of franchisor), general satisfaction, and the franchisee community. Senior care franchisees rated their satisfaction higher than the benchmark in every category of the annual survey, and overall satisfaction in the senior care space was 11% higher than FBR’s benchmark.

Franchisees also answered questions about their market area, demographics, business lifestyle, overall enjoyment running their franchise, and role in the franchisee community.  The franchisees surveyed had a number of things in common. Most had fairly new businesses (76% had been in business for less than five years) and were in big markets (57% were in markets with a population of at least 250,000 people). The majority of franchisees (more than 65%) were over the age of 45. There tend to be more female franchisees in the senior care sector than in other sectors, and they tend to be better educated (74% with at least a bachelor’s degree vs. 57% in all of franchising).

On the debit side, senior care franchisees ranked their “work-life balance” lower than franchisees in all sectors. According to FBR’s research, franchisees in senior care work more hours (including more nights and weekends) than franchisees in other business sectors. Lisa Ganem, a Home Instead franchisee for the past 10 years, said that she works approximately 60 hours a week, trying to mentor and cultivate her team and constantly reach out to consumers. Despite the time investment, Ganem said she’s “probably never felt this fulfilled before.”

Previous post: Radically Altering an Established Business Model Can Lead to Unexpected Results: My Take on The UPS Store Experience