This is a guest blog post by Dr. Todd Harris, Director of Science at PI Worldwide.

You want your franchise to grow, and you want it to be successful. Placing the right person in the right job during the hiring process and throughout their career is vital to franchise success. It gives you a serious competitive advantage and ensures the long-term viability of your business. All franchisees can benefit from a better, more thorough screening process for all of their employees. So how do you match people to jobs effectively?

Many franchisees are turning to PI Worldwide’s proven process for aligning the right people with the right jobs to reduce turnover and increase employee engagement. While traditional hiring methods like applications, resumes, and interviews allow franchise owners to get a sense of what a candidate can do on the job, adding the science-driven behavioral assessment, the Predictive Index® (PI®), allows franchisees to gain deeper insights into how the individual will perform on the job.

Typically, in less than 10 minutes, the Predictive Index survey gives franchise owners a comprehensive and scientific in-depth analysis of an individuals’ behavioral characteristics including communication style, work pace, attention to detail, and level of risk taking, all important indicators of success that impact workplace performance, satisfaction, and motivation.

To ensure a candidate possesses the necessary behaviors to be successful on the job, it is important to evaluate the job requirements. PI Worldwide offers the Performance Requirement Options™ (PRO) job assessment tool in conjunction with PI, allowing franchise employers to optimize any job description, regardless of industry or position, to reflect the behavioral requirements of the job. Creating such customized job profiles and comparing the information with a candidate’s PI helps make the hiring process far more efficient, informative, and predictable.

The proof is in PI Worldwide’s many success stories. Jill Berg, owner of the Spherion Staffing franchise in North Dakota and West Central Minnesota, is just one. She took the behavioral assessment survey from PI Worldwide when she started her franchise in 1994.


It revealed that Berg’s greatest strengths were team building and a people-oriented sales style. She knew these were important skills, but Berg also realized she needed someone who was as adept at back-end operations. She explained, “I needed to find someone who could complement my behavioral skills so I could focus on working the business.”

Berg next turned to PI to help her hire someone who could fill that complementary role. She found that person in John Funk. His PI pattern indicated he would run the business agenda like it was his own, but would also be able to manage the day-to-day, leaving Berg to focus on sales and consultations. She hired him to serve as Account Manager and head of operations.

Sixteen years later, Funk is still playing an important role at Spherion and Berg’s sole proprietorship has grown to include 15 employees across three locations.

While Berg utilized PI to build her business from the ground up, others have used the tool to make their existing structure more cost effective. Vicki Marshall and Mike Insco fall into this category. The partners operate 23 Little Caesars stores across Kentucky, West Virginia, and Ohio. During a search for a General Manager, they would find that an applicant would interview well, but ultimately did not deliver the expected performance on the job.

As a result, they were losing up to $3,600 and six weeks of training time every time they experienced a general manager turnover. In addition to the costs, the partners found that losing a General Manager was negatively impacting the remaining crew members, both in terms of morale and productivity. It became clear to Marshall and Insco that something was missing in their selection process.

Turning to PI Worldwide, Marshall and Insco first used the PRO tool to evaluate the job responsibilities from a behavioral perspective. Establishing the behavioral profile for success in the General Manager position created an optimized and objective point of comparison with candidates’ PIs, allowing the partners to see the fits and the gaps between a candidate and the job.

“The Predictive Index has helped us get the right manager in the right seat on the bus, significantly reducing turnover and improving how we communicate and educate our staff,” said Marshall. With PI, Marshall and Insco have been able to improve retention rates beyond the GM to include all employee levels. This has had an additional benefit significantly eliminating the amount of paperwork that needed to be processed with the turnover of hourly waged workers. 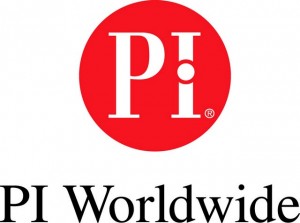 Several Subway franchisees in Ohio also have used the Predictive Index to ensure new hires and existing employees are in the right jobs, resulting in a significant reduction in turnover, and nearly $15,000 in training cost savings.

Harold Jackson, franchise owner of seven Subway locations, started using PI first to improve his selection efforts and then began administering the survey to existing employees to better understand them and help them better understand themselves and each other. This approach helped him identify the source of employee conflicts or challenges to morale before it became a liability for his business.

Jackson notes one example involving an employee in a customer-facing role. Upon taking the PI, both the employee and Jackson realized he would be better suited for a behind-the-scenes role. Based on this knowledge, Jackson shifted his duties to reflect his natural behavior and as a result, the employee’s performance and job satisfaction
improved.

“Because we have the right people in the right roles, it is having a positive impact on customer service and customer return visits,” Jackson said. “The Predictive Index pays for itself.” Jackson reports that with this greater awareness created by the PI survey, there are fewer employee conflicts which have impacted morale, productivity, turnover, and even the delivery of customer service.

Little Caesars, Spherion, and Subway are just three examples of the way behavioral science through the Predictive Index has helped franchisees select, develop, and retain talent. Working with PI Worldwide’s expert consultants from all over the country and the world, franchise owners can improve the employment and development processes while boosting their bottom lines. Using PI Worldwide to find the right employee will result in stronger sales, increased productivity, and better unit economics. We believe we can do the same thing for your franchise.