Bach to Rock (B2R), America’s music school for students of all ages, opened its first corporate-owned location in Bethesda, Maryland in 2007 and has since grown to six schools, two in Maryland and four in Virginia. Co-founded by a Julliard-trained middle school music teacher, Bach to Rock transforms music instruction into a team sport by coupling rigorous individual instruction with “jam sessions” that keep students motivated by playing in a group.

Franchise Chatter (FC):  Can you tell us about your new franchise incentive program for veterans?

Brian Gross (BG):  Bach to Rock’s offering is a part of “Operation Enduring Opportunity,” a program developed by the International Franchise Association (IFA) with a goal “to hire as team members and recruit as franchise business owners 75,000 veterans and military spouses and 5,000 wounded warriors by 2014.”

We created a new incentive program that supports U.S. military veterans seeking to own a Bach to Rock franchise. We will waive our franchise fee and offer a 50 percent royalty fee reduction for the first year of operation for all honorably discharged veterans. The total savings is estimated at approximately $49,000.

FC:  What made you decide to take part in “Operation Enduring Opportunity”?

BG:  Our goal is to give back to the brave men and women who served our country by providing more leadership opportunities for them. As thousands of troops return home, many will be seeking an entrepreneurial path to business ownership. We’re excited to help more veterans interested in franchising, especially those who are passionate about music and serving their local communities. 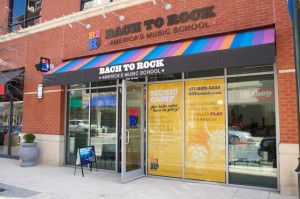 FC:  Are these incentives available in all markets across the country or only in select regions?

Bach to Rock is currently seeking candidates to open franchise locations in the Mid-Atlantic region, from Connecticut to North Carolina, and we plan to broaden our efforts into markets across the country. This is an opportunity for entrepreneurs to build a business that is dedicated to helping children, seniors, and adults learn to play the music they love.

FC:  What are some of the qualities typical of veterans that would make them successful Bach to Rock franchisees?

BG:  Veterans are leaders in the franchise sector as they are trained with management and delegation skills during their years of service. In fact, one out of every seven franchise businesses are owned and operated by veterans of the U.S. military.

Veterans return home with an understanding of teams and how to cultivate relationships. Additionally, implementing systems is a key responsibility in the military, and that aspect translates to the franchise world. These qualities and more are very important to owning a Bach to Rock franchise. Candidates must be strong leaders and know how to foster key community relationships in order to establish their B2R business and drive success. 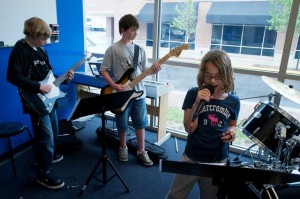 FC:  Can you describe your process for evaluating whether or not a prospective franchisee is a good fit for Back to Rock and has a good shot at success?

BG:  At B2R, we are seeking franchisees with strong drive, ambition, and a desire to succeed. Exceptional leaders with the ability to create a team and build relationships are sought. A music background is not necessary as your contribution will be leadership and management, not providing the actual music instruction.

FC:  What are the most popular financing options among franchisees of Bach to Rock?

FC:  What is your target number of new veteran franchisees for Bach to Rock in 2012? How are you reaching out to veterans to let them know about your incentive program?

BG:  We hope to attract one to five veterans in the upcoming months through press announcements, the International Franchise Association’s “Operation Enduring Opportunity” program, the Bach to Rock website, and email marketing campaigns.

To learn more about ownership opportunities with Bach to Rock, contact Ralph Rillon, Vice President of Franchise Development for Bach to Rock, toll-free at 855-B2R-7570 (1-855-227-7570) and franchise@b2rmusic.com, or www.b2rmusic.com/franchise.

Next post: Case Study: How Franchisees of Spherion Staffing, Little Caesars and Subway Are Using Behavioral Science to Select, Develop, and Retain Talent