This is the inspiring story of how Marty and Mirjam Bennett grew Lemon Heaven into a lucrative low cost franchise over the course of 16 years. First part of the series.

On January 25, 1996, newlyweds Marty and Mirjam Bennett formed Observ Novelty Foods & Event Merchandising. They chose this name to give them the option to branch out into merchandising, which is a large part of their background from years of handling merchandise sales for tour events like the Ice Capades. Marty and Mirjam would sub-contract cotton candy and freshly squeezed lemonade to venues that they were familiar with — stadiums, arenas, and convention centers. Applications and letters of introduction went out to all the arenas, stadiums, and convention centers in Vancouver at the beginning of 1996.

Marty was able to secure his first ever event booking at The Cloverdale Rodeo, which was held on May 17, 1996. Sales were $2,100 for the four-day event. With one event under their belt, Marty started to follow up on some of the earlier proposals. He was always sure he could help the larger venues achieve a higher per cap by bringing in his niche products and services as a sub-contractor. 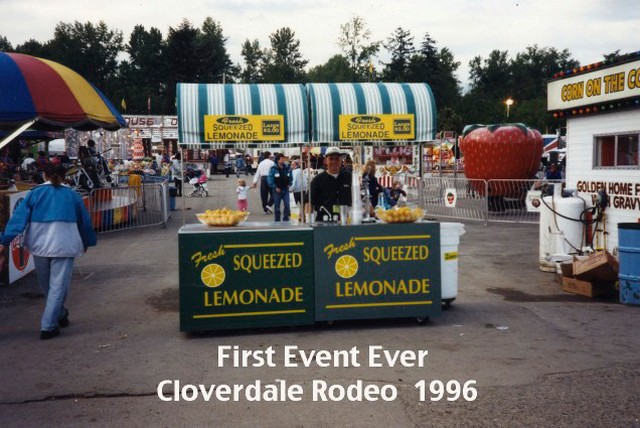 The first meeting was with the Vancouver Trade and Convention Centre, where Marty and Mirjam did a presentation where they made fresh lemonade for the entire catering department. Soon after, they had a meeting with BC Place Stadium and both accounts were obtained. They would start at the convention center on June 22, 1996 for the book sellers convention and would service 17 conventions before the end of the year. On July 6, 1996, they would work their first event at BC Place at the AIDS Conference where they had a small lemonade stand on the outside plaza. They would sell $6,400 at the AIDS conference that week.

To fill the gaps, Marty was able to get an account with The Lonsdale Quay Market in North Vancouver. The Lonsdale Quay Market was a farmers market type place that was nicely suited to their fresh product and the novelty of watching your product being made before your eyes. In addition, the market was located next to a bus terminal and sea bus to downtown Vancouver, so it had a lot of transient foot traffic.


Sales for their first year in 1996 was $64,000. They were “rich” beyond their wildest dreams. All the hard work was really paying off.

By the January of 1997, Marty and Mirjam were looking to branding to increase their professionalism and differentiate themselves from competitors with lower quality and less professionalism. They would adopt the name “Lemon Heaven” as the trademark for their lemonade so that people could tell the difference between their superior lemonade and less desirable “impostors”.

In addition to graphics on their carts and kiosks, they would invest in logo cups. They paid a student of Emily Carr School of Art in Vancouver a couple hundred bucks to design their logo, which is the current Lemon Heaven logo without the oval border. In addition, they expanded the flavors from their original recipe to include a cherry flavor and a lime flavor, as well as a diabetic version.

The Vancouver Trade and Convention Center would keep them busy in 1997 where they would service 41 conventions and consumer shows. Servomation was extremely happy with their operation and would ask them to expand over 2100 miles away to a newly renovated exhibition center in Toronto called The National Trade Centre, which was located at Exhibition Place on the CNE grounds. Toronto was Canada’s largest population base and the perfect opportunity for growth.

Marty’s dad, Barry, had always hoped that Marty would learn the marine canvas trade and eventually take over the family business. He always thought that Marty’s crazy
and childish dreams of running his own lemonade stand would evaporate and he would eventually come to the realization that the marine canvas trade would be his
future for a steady income.

By the summer of 1997, Barry packed up the marine canvas business and went to work for Marty and Mirjam full time. Marty and Mirjam would spearhead the expansion to Toronto while Barry and Maureen, Marty’s mom, would look after the Vancouver operations.

In the summer of 1997, Marty would realize that special events would be a lucrative addition to the larger venues. With Barry’s skill in construction and marine canvas fabrication, they developed the Lemon Heaven Kiosk, which was unlike anything anyone had ever seen in the concession business in Canada. The kiosk provided shelter from bad weather and would enable them to achieve much higher sales, while keeping the operation looking clean and tidy. The kiosk was also highly visible and provided a professional appearance that was lacking in the concession business in Canada at the time. 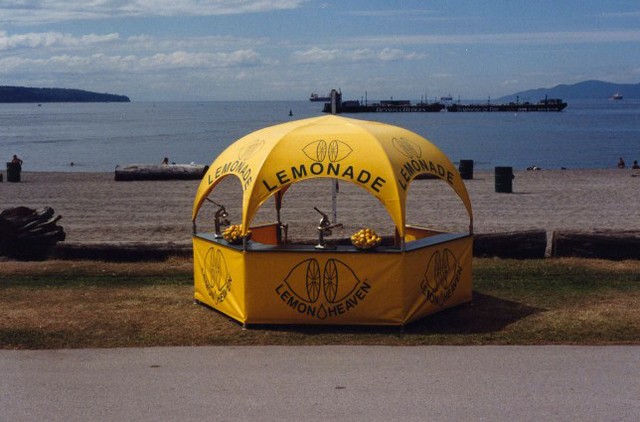 With their professional looking kiosk, crisp, clean carts and professional uniforms, it would not be long before people would start asking if this operation was a franchise.
Seeing the immediate threat, the inquisitors would be immediately dismissed as spies. This would continue for three more years.

Marty would continue building carts in the backyard of their new basement suite in Tsawwassen, despite many noise complaints from neighbors. Despite all the challenges, cart construction continued throughout the summer of 1997 and in the fall they would load up four new Lemonade carts and drive to Toronto. They would open operations at The National Trade Centre in September 1997. 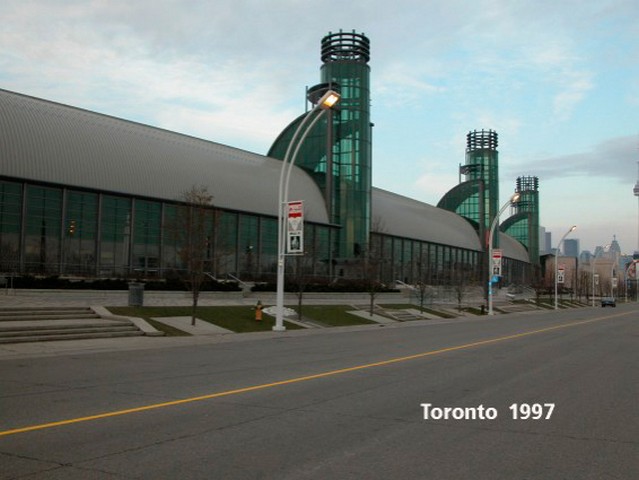 To read the second part of the series, please click here.

Previous post: Snap Fitness Plans to Open 75-100 Clubs Throughout the UK by 2017