Dunkin’ Donuts has added significant new star power to fuel its expansion in Dallas, welcoming Dallas Cowboys Football Club Owner and General Manager Jerry Jones and Pro Football Hall of Fame quarterback Troy Aikman as the brand’s newest franchise partners.  As part of a limited partnership between Dunkin’ Donuts, the Jones Family and Aikman, the group plans to open at least 50 new Dunkin’ Donuts restaurants throughout the Dallas/Fort Worth region over the next five years.

I love reading about celebrity franchisees because they shine a spotlight on the franchise model and its appeal.  When investors with seemingly unlimited opportunities like Jerry Jones and Troy Aikman choose the franchise route, it’s a welcome reminder to the rest of us that franchising is a viable investment option. 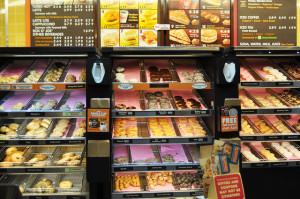 This is a unique arrangement whereby the franchisor is also a partner in the entity that owns the stores.   Under the limited partnership, the Jones family and Troy Aikman provide the capital and big picture direction, while Dunkin’ Donuts takes care of the day-to-day operations.  Only those with very deep pockets can negotiate an arrangement like this!

The expansion of Dunkin’ Donuts in the Dallas/Fort Worth area is part of the company’s goal to more than double its current footprint of 7,000 restaurants in the United States over the next 20 years.

Dunkin’ Donuts recently announced that the company is recruiting franchisees for the markets of Denver and Colorado Springs, Colorado; Houston and Waco, Texas; Lincoln and Omaha, Nebraska; Oklahoma City and Tulsa, Oklahoma; as well as Santa Fe and Albuquerque, New Mexico. The Company expects that restaurants in these new markets will begin to open in early 2013.