A number of franchises are exploring creative ways to grow their Facebook following and engage with loyal fans.  The method of choice (at least for now) seems to be the use of contests where other Facebook fans vote for the winner.  This strategy has proven effective in boosting fan numbers for as long as the prizes at stake are significant enough to generate buzz and participation.  While giving away free stuff can easily increase fan numbers several fold, the real measure of success is the cumulative impact of the number of new cyber fans who become paying customers, the increase in spending among loyal customers, and the number of new franchises sold.  Watching your followers multiply as a result of the contest is the easy part.  The real challenge lies in converting these fans into actual dollars and cents. 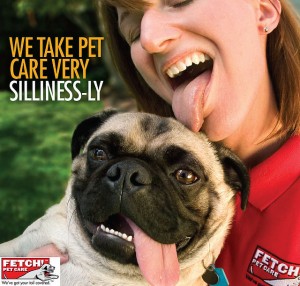 Fetch! Pet Care, the nation’s largest professional pet sitting and dog walking service, grew its Facebook Fan page from about 3,000 to 13,000 fans from late 2011 to early 2012 (over the span of a little more than 2 months) without using advertising. They partnered with a few other pet companies (Halo, Freekibble.com) to run a Facebook contest “The Rescue Who Rescued Me,” on their fan page, whose winner could donate 10,000 meals to the adoption agency of their choice.

The contestants had to write about why their dog had the greatest rescue story, and other Facebook users had to vote for the winner. A Denver couple who rescued an aging 120 lb. dog, Mugsy, won the contest, and Mugsy ended up passing away less than 24-hours after the contest ended from bone cancer.

The contest provided a forum for animal lovers, many of whom are in the same demographic as Fetch!’s typical franchise owner, to rally around the cause of older animal adoption.  Now, Fetch! is using other Facebook contests to continue to grow its page exponentially, with a goal of at least 30,000 fans by the end of year.  Fetch! will use the fan base to help spurn its franchise development message (and considers it a key part of its business growth strategy), as well as promote a positive increase in its reputation for being supportive to the animal adoption community. 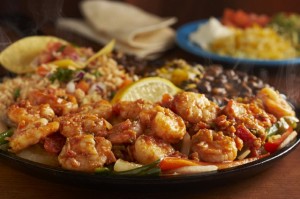 To celebrate their 25th Anniversary as New England’s best south-of-the-border restaurant chain (with 23 locations throughout Massachusetts, Maine, New Hampshire, Connecticut, and New Jersey), Margaritas Mexican Restaurants wants to reward customers for sharing their best “Margaritas Memories”. To embody the authentic culture of the restaurants, Margaritas will send the Grand Prize winner on a trip for two to explore the ancient Mayan ruins.

Entry for the contest is simple and involves two options. Customers can either upload a two-minute video to YouTube and share the link on Margaritas Facebook page or upload and share a photo with a 25-word caption. Once complete, applicants can urge friends and family to help their entry earn the most votes.

Previous post: Franchise Chatter's Top 10 "Under the Radar" Franchises of 2012