When CEO Carl Howard joined Fazoli’s in 2008, the chain was losing customers at an alarming pace, with food quality and variety often cited as the main culprits.  By instituting several key initiatives, Howard and his team were able to increase same store sales for 17 consecutive months (and counting!), with the chain recently enjoying its best November in more than a decade.

Nearly a quarter of the company’s 100 franchisee-owned stores have completed the initiative, and the company will require the rest to follow by the end of 2012. 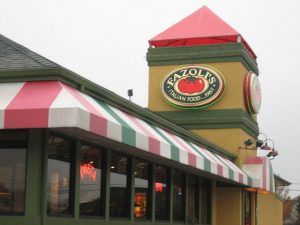 Beginning in January of 2010, Fazoli’s began rolling out its “Enhanced Service Program,” or ESP, introducing fast-casual touches like food runners, real plateware and silverware, and greater customization available for the chain’s baked pastas.

The company intends to take it up a notch with the launch of a new customer service initiative that rolls out systemwide on April 9, 2012. All employees will receive two days of training to become more well-versed in the chain’s expanding menu. New employees will also receive two additional days of training beyond what’s currently required for each of their positions. And all managers will be more visible in the dining rooms — delivering bread sticks and visiting more tables.

In November, Fazoli’s launched more than 15 new menu items that provide guests greater variety and opportunities to customize their meals, as well as new offerings under 400 calories. Launching in company restaurants as well as some franchised locations, the “Expand Your Taste” menu includes new Flatbread Piada sandwiches, Flatbread Pizzas, pastas and a new Chopped Salad.

Fazoli’s is now offering a “Pick your Pasta” option. Diners select a pasta — from new offerings, like Bowtie Pasta and Whole Wheat Penne, along with more traditional favorites including Ravioli, Spaghetti and Fettuccine — and pair it with their choice of sauce and protein.

To take advantage of Americans’ new interest in snacking, Fazoli’s is introducing Toasted Ravioli, starting at $2.99 for six, and Stuffed Pizza Sticks, $3.79 for two.

In 2012, once most of the system is remodeled, the next phase will include a franchise push and locations in non-traditional venues to help reignite growth. Growth targets for 2012 would be a handful of company stores to fill out a few existing markets, six nontraditional units and locations from 12 new franchisees, Howard tells Kentucky.com.

Interestingly, Fazoli’s is targeting travel plazas and large gas stations, which can have difficulty signing national restaurants because those brands already have locations at the same interstate exits, Howard said. The Fazoli’s restaurant will be smaller than usual because of the quicker turnover of customers but will feature a full menu, he said. Fazoli’s is also working on deals to open restaurants in non-traditional locations such as college campuses and airports.

The company’s planned design for non-traditional restaurants moves the kitchen out into the open in the front, which saves some room and emphasizes that the food is made to order.

With all these initiatives still at their early stages, I expect Fazoli’s growth streak to continue into the near future.  Kudos to CEO Carl Howard for showing that it’s possible to turn around a stagnant brand with the right strategy and focused execution.

Previous post: The Couple That Built Panda Express Is Branching Out to Dry Cleaning -- as Tide Dry Cleaners Franchisees