According to an article published in the Los Angeles Times today, the husband and wife team that built the Panda Express fast food empire is about to enter the dry cleaning business as multi-unit franchisees of Tide Dry Cleaners, the franchising venture of Procter and Gamble.

Andrew and Peggy Cherng, Co-Chief Executives of Panda Express, started the company with a single restaurant in 1973 and grew the chain into an industry powerhouse with $1.4 billion in sales last year. With the market for their restaurants starting to get saturated, the Cherngs were looking for other ways to grow.

They plan to open as many as 200 franchised dry cleaning shops in the next five years, starting with the first location in Henderson, NV, and at least 5 more in 2012.  Many of their future locations will likely be in California, where the couple has obtained exclusive rights as area developer. 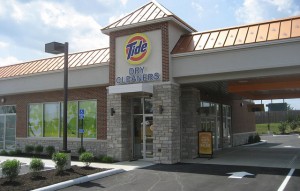 This is a huge boost for Tide Dry Cleaners, which launched a year ago and has six outlets in Ohio and Kansas.  The national franchise hopes to distinguish itself from mom-and-pop establishments by offering drive-through concierge service, customer access to 24-hour lockers and drop boxes, same-day delivery service, and dry-cleaning vending machines.

The company believes that the industry is ripe for consolidation. The $9.2-billion dry cleaning industry is made up of nearly 39,000 establishments nationwide, with more than 90% of dry cleaners having only one facility and the top four companies generating just 2.5% of total revenue.

But the industry has seen better days. The number of dry cleaning companies has shrunk nearly 2% each year between 2006 and 2011 as consumers pulled back on spending and operators dealt with rising utility costs, stricter environmental regulations, and consumer concerns that too much dry cleaning wears out clothing.

Next post: Fazoli's Enjoys 17 Consecutive Months of Same-Store Sales Growth; Why I Expect the Momentum to Continue