To read part 1 of my interview with Dave Howell, please click here.

FC:  What is your strategy for promoting your apps?

DH:  We have tried a number of approaches, including purchasing banner ads and sponsoring conferences, but the most effective thing has simply been to design apps that will appeal to the people who will do free marketing for us. These people include Apple’s App Store curators, who decide which apps to feature, and influential bloggers and journalists, who can amplify our message.

To get Apple to feature our apps, we first design apps that we think model the Apple’s signature aesthetics and design philosophy. We make sure our apps can be described in a single sentence. We make the icon descriptive and app name both suggestive and descriptive. We study apps that Apple has featured recently and try to apply the best qualities of those apps. We leverage new technologies that Apple is trying to promote.

We also issue press releases and employ a PR firm to reach out to journalists. We’ve had great success getting reviewed and discussed in the likes of the Wall Street Journal, New York Times, Wired, Gizmodo, Fox News, local and Internet radio stations, and so on.

FC:  What are your future plans for Avatron Software?


We have a full roadmap of exciting new apps and are continuing to improve our existing app lineup.

And we’re getting into the Android market. To date, Android app sales have been pretty slow, so it’s partly a defensive move. If the Android user experience ever becomes more satisfying on the tablet form factor, then hopefully people will start buying apps. And if not, then hopefully Android users will at least want to use their tablets as wireless monitors for their computers with Air Display.

FC:  What advice can you offer aspiring entrepreneurs who would like to get into the business of apps?

• Play to your strengths; don’t play on a level playing field. Take on projects where you have an unfair competitive advantage.

• Follow your passions. It’s much easier to work hard on something you believe in.

• Develop apps that you will use regularly; you’ll be the best advocate for your users if you’re one of them.

• Study the competitive landscape. If everybody is competing in one axis, go orthogonal.

• Market strategy is like chess. Anticipate possible responses of your competitors and be ready with your next move.

• Don’t take on a project that is too large to do well. This market is intensely focused on design elegance. Make sure you have the engineering and design resources to cover all of the edge conditions and the time to polish and polish again.

FC:  Are there any particular niches within the apps space that you think are worth looking into? 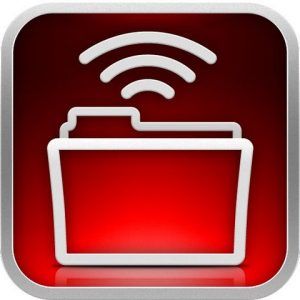 rich opportunity there. If they’ve just purchased a speech-recognition company, think about what kinds of apps can leverage that. You can do worse than to ride the wave of Apple’s success and leverage Apple’s marketing budget.

FC:  If I want to create an app on franchising, what options are available to a wannabe app entrepreneur like me who has no background in programming?

DH:  Hire a talented, experienced programmer. It’s a tough time to hire a developer, as supply is still outstripped by demand. But if you can offer a full-time CTO position to a good engineer, or if your app promises to be a good portfolio piece for a contractor, then you can get somebody strong.

It’s really easy to hire an overseas contractor, but I would absolutely, strongly recommend against outsourcing development if you’re a first-time app entrepreneur. You need somebody you can work closely with, converse with informally and on the same time zone, and you need to trust somebody to make the right architectural and design decisions.

FC:  Is there anything else you wish to share about Avatron Software?

DH:  We’re hiring! If you know any strong iOS engineers who want to work on very popular apps with millions of users, and either live in Portland or might want to relocate to one of the best places to live in the US, please send them our way.

Previous post: Hoping to Create My Own Franchise App, I Chat with Avatron Software CEO (and Former Apple Senior Manager) Dave Howell About the Business of Apps - Part 1