Craig Colby, who at one time ran 15 Burger King restaurants with his twin brother Michael, has signed on to bring Margaritas Mexican Restaurant to Delaware, Southern New Jersey and Philadelphia. Known for its delicious south-of-the-border cuisine, an energetic bar scene and galleries of hand-crafted Mexican artwork, Margaritas currently has 23 locations spread throughout Massachusetts, New Hampshire, Maine, Connecticut, and New Jersey.

Craig, who currently owns four Red Robin Gourmet Burgers and four Cosi restaurants, will open his first Margaritas at the Riverfront Wilmington complex, at 640 Justison Street in Wilmington, Delaware. The agreement calls for four additional restaurants in the next five years.

This is a must-read interview for anyone who has ever dreamed of becoming a successful multi-unit franchise owner. Craig shares a lot of practical advice on how to choose the right franchise concept, find the best location, build a winning team, and much more.

Franchise Chatter (FC):  Can you tell us the story behind your decision to commit to opening 5 Margaritas restaurants within the next 5 years?

Craig Colby (CC):  I have been approached the last few years by a landlord to put a Red Robin at the Wilmington, Delaware Riverfront location. Although the idea was intriguing, my answer was always no because retail has seemed to have a problem gaining a foothold there – outlets have failed, restaurants have struggled, as well as slow residential sales and rentals.

The last time I was approached, I decided to look into the growth opportunities a little closer and realized the area is, in my opinion, on the verge of a boom. I started asking questions about the volumes of the restaurants that were already there and was very impressed by their numbers, so I decided the time was right to make my move on the last waterfront location.

I approached Mike Purzycki, head of the Riverfront Development Corporation, and we both decided a Mexican restaurant would be a perfect fit.

I traveled the country and visited many different concepts for six months. I was on a quest to find the best Mexican franchise available. Finally, I discovered Margaritas Mexican Restaurant — a restaurant unlike any other in that it provides a fantastic escape for guests, offering an energetic bar atmosphere combined with the authentic Mexican décor and inspired food.


I signed franchise deals for an initial 5 restaurants through South Jersey, Southeastern Pennsylvania and Delaware. Being the second franchisee to ever sign means there is a lot of room for further expansion, and if all goes well, I plan on opening more locations in the future.

CC:  We all know the past few years have not been kind to the full service, casual dining segment because of the “stalled” economy. Many guests have traded down to the 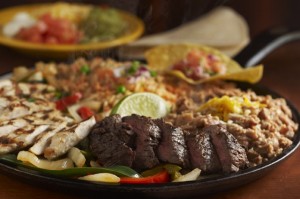 fast casual concepts as well as fast food. However, I feel the economy is starting to pick up again — I expect our Red Robins to be up about 10% in 2011 compared to 2010. This is still down going back to 2008 but things are definitely moving in the right direction.

I believe that people are getting sick of staying at home and are starting to crave a night out. They don’t want to settle for fast food — they want the whole experience again. Guests want the atmosphere, service, and food that only the full-service, casual dining segment can provide. They are looking for that WOW factor again, and Margaritas has it.

FC:  Is there any common thread among the franchise brands you’ve invested in — Burger King, Red Robin, Cosi, and Margaritas? 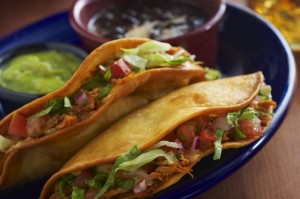 CC:  Really, there is no common thread except that they all serve food. Burger King was not something I was looking for. While I was in college at the University of Delaware, my twin brother and partner, Michael Colby, was at home working at a Burger King. 12 years later, I had graduated from UD and been running my own computer consulting business for about eight years.

My brother, Mike, quickly climbed to the top of his company and realized that in order to go any further, he needed to be the owner. We purchased our first Burger King together, with the help of my very successful college roommate Vinny Smith. We expanded our Burger Kings to 15 locations before we sold.

My brother and his wife Janette grew that business as I was still the “computer guy” and not fully vested in the restaurant business. That was when I did the business purely to make money — it wasn’t much fun for me.

Now the concepts I choose have to be fun for me also — a place that I would like to hang out for a while with friends while of course, making money. Along with being a great concept, Red Robin is a fun place with a great corporation. Unfortunately, being one of the last franchisees to sign onto Red Robin, my territory is limited otherwise I would build them until retirement.

I have found that fun, innovative and friendly atmosphere with Margaritas. It’s a great concept with the potential to make plenty of money while having lots of fun.

FC:  What is your process for deciding on the next franchise opportunity to invest in?

CC:  The best part for me is visiting different areas of the country and dining in restaurant chains I have never been to before. While I may not be looking for a franchise

at the time, sometimes I love the concept so much I want to have my own. This happened with Red Robin.

When I am actually out looking for a franchise, as with Margaritas, I first look at all the numbers available to me – Build Costs, Average Unit Volumes, Food Costs, typical Labor Costs, and the potential Store Operating Profits. If I like the numbers I see, then I’ll visit one of the restaurants. I like to say that I need to get the “warm fuzzies” from the restaurant in order to want to build them.

As I said before, but it’s worth saying again, a franchise not only needs to make money for me, but it has to be a fun concept.

To read part 2 of my exclusive interview with Craig Colby, please click here.

Previous post: Coca-Cola Freestyle Coming to a Fast Food Franchise Near You (Video)