In March 2006, approximately 200 UPS Store franchisees sued UPS for alleged violations of the California Franchise Investment Law (“CFIL”) and common law fraud and misrepresentations, among other causes of action.  The franchisees claimed that UPS made false statements and omissions of material facts in various communications made in connection with the conversion from the Mailboxes Etc. (MBE) franchise model to the new UPS Store franchise model.

In a decision handed down last week, the Court of Appeals affirmed the earlier decision of the District Court in favor of UPS on the grounds that the UPS Store franchisees failed to present any evidence that they relied on the alleged untrue or misleading statements of the company. L. Michael Hankes, lead counsel representing the franchisees, said they are filing a motion for reconsideration. 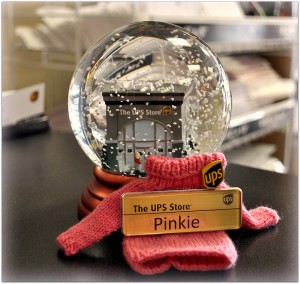 For those unfamiliar, UPS acquired MBE in 2001 and made no changes to the franchise name and business model during the first couple years.  At that time, MBE franchisees offered their customers a variety of shipping options, including UPS, FedEx, DHL, and USPS, and could set their own retail rates for shipping, just like other owners of independent shipping stores.  Since MBE franchisees were not getting meaningful discounts from the shippers, they were charging their own customers such high prices that package volumes were suffering.

Sometime in 2002, UPS tested new, low retail rates in a few cities across the country under 3 different brand names: MBE, UPS Mailboxes Etc., and The UPS Store.  With The UPS Stores faring the best, this limited test run became the basis for the Gold Shield Program, which most MBE franchisees accepted. Under the program, franchisees lost the ability to set their own UPS retail rates but in exchange, they received far better incentives from UPS than any other retail outlet.

I heard about this franchisee lawsuit when I was still a UPS Store owner back in 2006.  While I’m sympathetic to their cause, I was skeptical they could prove their case of fraud against UPS.  Although I feel bad for the franchisees for waiting all these years only to have their claims denied, if you’re going to file a case against one of the biggest, most respected companies on the planet, you better have rock solid evidence to back it up.

My main beef with UPS is that they are using the stores as glamorized drop off locations, while compensating the franchisees very little for these drop off packages.  Frustrating? Yes. Infuriating? Yes. Sufficient cause of action for a lawsuit? Sadly, no.

I was secretly hoping that the franchisees had some sort of smoking gun that would force UPS to modify the franchise business model to something more equitable for the owners.  But according to the courts, the franchisees failed to prove that they relied on misleading statements and omissions of UPS when they chose to participate in the Gold Shield Program. The franchisees who filed this lawsuit are assumed to be well informed individuals who can make reasonable business decisions.  Without solid proof of fraud, this outcome is hardly surprising.

Next post: Exclusive Q&A with Bob Watson, CEO of 5 & Diner ("We've developed a new prototype that is less expensive to build but can serve the same number of customers.")