I was hoping to attend the West Coast Franchise Expo in Los Angeles last month because it was taking place around the same time as the Blogworld Expo — at the exact same venue, the Los Angeles Convention Center.  It would have been the perfect opportunity to learn more about blogging and franchising, and to network with the key players in both fields.  Alas, it was not meant to be because I had to fly to Manila at the end of October.

Well, I’m going to have a second chance this summer.  No exact date has been set for Blogworld, but it’s going to be in New York this June.  The big kahuna of franchise expos, the International Franchise Expo, is set for June 15-17, 2012 and it will be held in New York City (at the Javits Center) for the first time in more than 20 years! 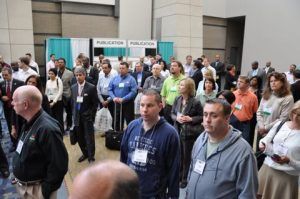 I already saw the preliminary exhibitor list and it reads like a who’s who of the franchise industry.  From the big names like The UPS Store, IHOP and Hardee’s, to the up-and-comers like Cups Frozen Yogurt, Belgian Beer Café, and The Flying Biscuit Cafe, they’re all going to be there to answer your questions and provide vital information about their franchises.

What I’m most excited about are the seminars — most of them free — with speakers who are experts in the field.  Among the free seminars in 2011 were Secrets to Success for Master Franchising, Buying a Franchise the Smart Way, and Getting Ready to Franchise Your Business. 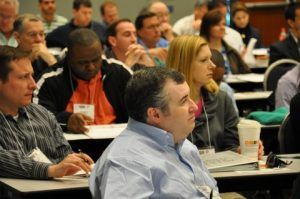 I recently learned that the New York Attorney General’s Office has allowed franchise companies to apply for a three-day exemption from registration to exhibit at the International Franchise Expo in 2012.  All U.S. and international franchisors can apply for this “Trade Show Exemption” by filling out an exemption form that can be downloaded through the Attorney General’s website and paying a $450 fee.

Under the exemption, non-registered franchisors can participate in the Expo and promote their franchise opportunity during trade show hours and only on the trade show floor during these dates. The sale of a franchise is still prohibited until formal registration with the state takes place. 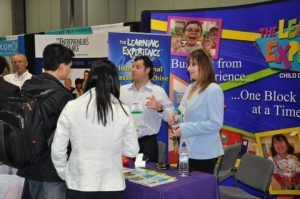 This is good news for attendees because this means that U.S. franchisors that are not registered to offer their franchise in the State of New York, as well as international franchisors that do not have the required FDD to offer their franchise in the U.S. can still exhibit at the International Franchise Expo.  Expect the exhibitor list to grow even longer as the event date approaches.

If you live in New York or the surrounding areas, or would like to spend a few days in the Big Apple this summer, why not consider attending the International Franchise Expo?  Who knows, we might see each other there.

Check out this lively interview with Tom Portesy, President & CEO of MFV Expositions, in Fox Business this past October.