Falconhead Capital, LLC, a private investment firm with $400 million of assets under management, has acquired a controlling stake in Rita’s Water Ice Franchise Company, LLC, the largest Italian Ice concept in the nation, currently operating in 18 states with approximately 550 stores, from an investment group led by Jim Rudolph, the owner of Rita’s since 2005. Financial terms of the transaction were not disclosed. 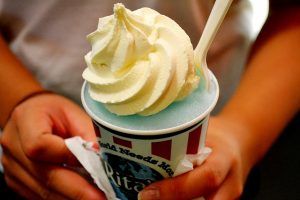 Rita’s was founded in 1984 by Bob Tumolo, a former Philadelphia firefighter who, alongside his mother Elizabeth and brother John, made and sold Italian Ice from their small porch window. Tumolo opened his first store in Bensalem, Pa. and named the business after his wife, Rita.

Bob and his mother Elizabeth collaborated to perfect the flavors and consistency of the frozen treat. The mother and son team added chunks of fresh fruit to the recipes and threw away any unused product after 36 hours. The Italian Ice, also referred to as water ice, was a big hit with Philadelphians.

By 1987, Bob and his brother John had opened three stores in the Philadelphia area. In 1989, Tumolo started franchising the business, and by 1996, Rita’s had grown to more than 100 stores in nine states.

In May 2005, Rita’s was acquired by McKnight Capital Partners, a private equity group led by Jim Rudolph and his brother Bill. Having owned and operated 48 of the nation’s highest-performing Wendy’s restaurants for more than 20 years, Jim could see the potential of Rita’s. Leveraging his knowledge of the franchising world, his belief in the importance of staff development and a passion for delivering service excellence to franchise partners and guests alike, Rudolph immediately developed an aggressive growth plan to take Rita’s to the next level, culminating in the opening of the chain’s 550th store.

Rita’s was recognized by Zagat as the #2 outlet in the Top Ice Cream/Custard category and by The Wall Street Journal’s “Startup Journal” as one of the Top 25 Franchise High Performers.

The chain offers a variety of frozen treats including: 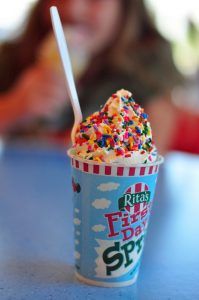 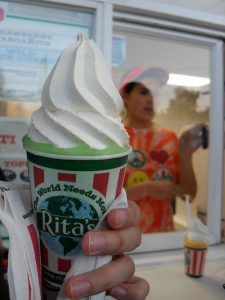 David S. Moross, Chairman and Chief Executive Officer of Falconhead Capital, said: “We are delighted to acquire Rita’s, one of the largest frozen treat concepts in the country with considerable growth potential. Jim Rudolph and his team have done a great job scaling the business since acquiring it in 2005. We look forward to partnering with Rita’s loyal and dedicated franchisees as we work to build the value of this emerging brand.”

Mr. Rudolph said: “This transaction is an important vote of confidence in the Rita’s concept and a positive development for our franchisees. Falconhead is an ideal owner for our business given their successful track record investing in and supporting consumer-facing businesses. David and his team will be excellent stewards of the brand and will have my full support as they pursue a number of exciting growth initiatives. Together, we look forward to continuing the tradition of ‘Ice, Custard, Happiness’ that has won us an extremely loyal and active fan base over the years, and ensuring that Rita’s remains a great place to work for our ‘Treat Team Members’.”

With the recent acquisition by Falconhead Capital, further nationwide expansion is inevitable for Rita’s. Private equity firms usually hold on to a portfolio company for 5 to 7 years (but sometimes much less), in which time they work to increase the value of the business to make it an attractive acquistion target or to take the company public.

For franchising companies like Rita’s, the easiest and fastest way to boost the value of the business is to sell more franchises.  Former majority owner Jim Rudolph grew the chain from 109 franchises in 2005 to about 550 today.  I expect no less from Falconhead Capital.

The good news is that this regional favorite has a lot of room for growth since Rita’s is only available in 18 states at present.  With the widespread popularity of frozen dessert franchises, Rita’s is in an excellent position to break into the national scene, especially with the financial backing of a private equity firm with deep pockets.

Previous post: Naked Pizza Co-Founder Says, "We Know It Will Work, Because We're in Business with Billionaires."