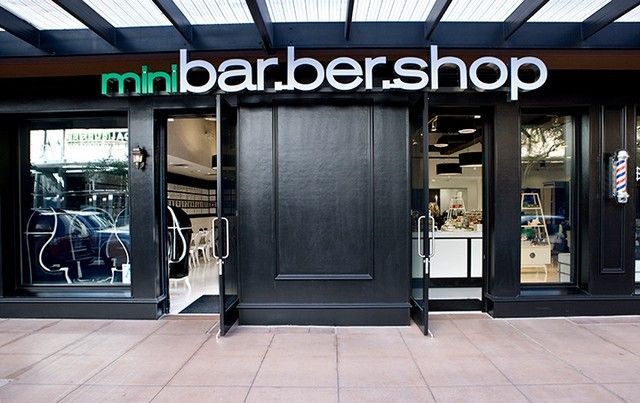 When Applebee’s development slowed, Evan wanted to find something new to get excited about and he eventually developed what he calls “the Mondrian or Delano hotel meets the barbershop,” referring to the hip and modern boutique hotels.

The concept was designed specifically for its franchise potential.  Minibar.ber.shop has a margin potential of 5o percent on both sides of the business.

The Scottsdale-based mini group of companies has signed deals to open four more minibar.ber.shops before the end of the  year, with two more scheduled to open in the first quarter of 2012. 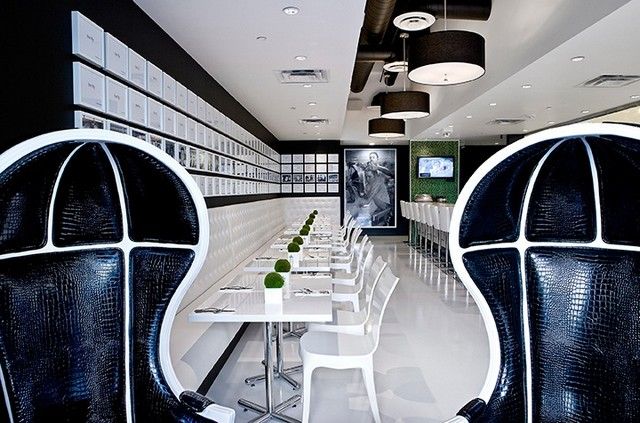 The first location occupies 3,300 sq. ft. of space, consisting of the bar/restaurant that seats about 40 guests, the barbershop, and a retail section where men’s grooming products are sold.

With the tagline “Get Buzzed, $20 haircuts, $2 beers,” minibar.ber.shop was designed to appeal to men. Ironically, the menu consists of “girlie” food like various salads, a fruit and cheese plate, hummus, spinach dip, bruschetta, and paninis.  The bar serves wine, beer, sake, and champagne.

All food are prepared off-premises by a local French restaurant and delivered fresh daily.  The restaurant serves breakfast, lunch and dinner, and the average check with drinks is around $10.

There’s also a VIP room where guests can “hold a pre-wedding stag party or spend a Sunday watching football, drinking beer, and getting haircuts.”  Minibar.ber.shop boasts a top-notch sound system for deejayed events or parties. 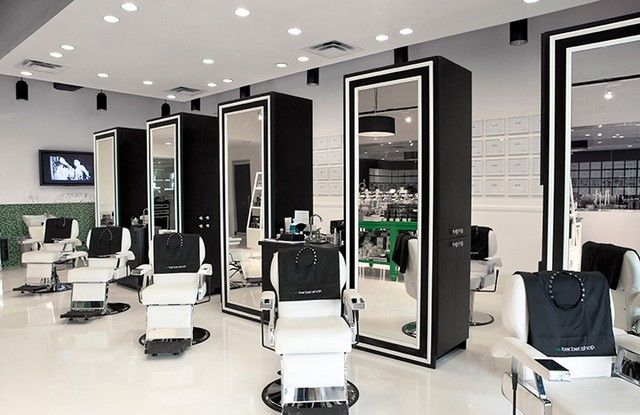 An entrepreneur like Evan Musikantow who thinks outside of the box needs to be celebrated and supported.  But I’m dying to ask him a few questions about his concept.  Questions like:

I really admire small business owners who have the creativity and courage to inject new energy into a “boring” business. Creativity is something I need to develop more of because I’m far too analytical to come up with something totally unexpected.  Hopefully, we’ll get to hear from Evan one day so he can walk us through his process for dreaming up Minibar.ber.shop.

Next post: Subway Set to Announce Limited-Time Offer for $2 Subs: Does This Make Sense for Franchisees?