This disturbing statistic is courtesy of H.G. Parsa, professor of Hospitality Management at the University of Central Florida, as quoted by the Los Angeles Times in a depressing new article on restaurant franchising. I don’t think the piece was intended to be completely downbeat because the writer did cite a few bright spots (like the generous incentive programs designed to attract new franchisees).  But the overall tone was pretty grim.

Aside from the eyebrow-raising statement of Professor Parsa, the writer also quotes Aziz Hashim, a multi-unit franchisee of Rally’s with 10 outlets in Los Angeles.  Aziz says developing a site once required less than a year, but now takes up to two.  “In the past, you almost could do no wrong. But the environment now is much more unforgiving to errors. We cannot absorb mistakes because the economy won’t allow us to,” Aziz explains. 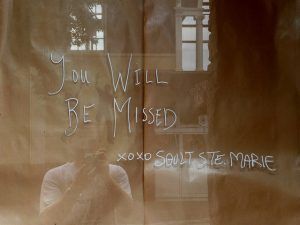 Another source for the article is Jeff Baker, who helps his parents operate 33 KFC locations in Orange County and San Diego.  Jeff says that competition is fierce among fast food outlets that offer coupons and other discounts to attract customers.  “Every day, you see people with less and less money. With the competition out there, you can almost find a free meal every day of the week.”

To top it off, the writer cites the bankruptcy of Pollo West Corp. and Mi Pollo Inc., franchise owners of 13 El Pollo Loco restaurants in Southern California.  The franchisees, which auctioned off several stores, “were definitely impacted in the economic downturn. The whole fast food industry suffered losses and is continuing to be stressed,” says Monsi Morales, a lawyer from Peitzman, Weg & Kempinsky, the law firm representing the companies in bankruptcy.

Writing negative franchise articles is not my gig because the last thing I want to do is scare people from taking action and going after their dreams. But it’s important to go into franchising knowing that failure is a potential outcome.  The blogosphere is littered with heartbraking stories of shocked franchisees who were wiped out of their entire life savings from their failed ventures.

An unhappy franchisee left a comment in another blog that goes something like:  in franchising, if you follow the system, you have to be successful.  Boy, how I wish it were that simple!  There are just so many potential pitfalls to running a small business, that success is never guaranteed.

In my opinion, every prospective franchisee needs to learn every conceivable thing that could go wrong in business.  Experienced investors know that business failure comes with the territory, but first time franchisees are new to the game and don’t have the benefit of hindsight.

I hope I haven’t discouraged you from investing in a franchise or starting your own business, but knowing that things can turn ugly even if you do everything right will help you navigate the rough waters that will inevitably come.

Previous post: Should McDonald's and Starbucks Be Concerned About Subway Café? Here's What I Think.