(Ambrosio’s note:  Nation’s Restaurant News tackles the subject of menu innovation among burger chains in a comprehensive article written by Mark Brandau.  Mark discusses the new menu items at McDonald’s, Burger King, and Wendy’s, but I found the section on McDonald’s to be the most relevant for this post.  In this first section, I summarize some of Mark’s key points.)

With a finely-tuned strategy focused on product innovation, McDonald’s has transformed itself from being just a burger joint to a quick service restaurant offering a wide array of menu items appealing to a broader customer base.

What makes McDonald’s strategy so successful is the balanced focus on the next breakthrough product and incremental improvements. 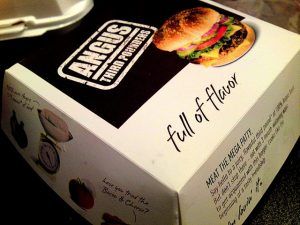 The compound effect of breakthrough platforms like the McCafe and Angus Third Pounders, and their extensions like Frappés, Real Fruit Smoothies, and Angus Snack Wraps have contributed to U.S. same-store sales growth of 2.6 percent in 2009 and 3.8 percent in 2010.

For its most recent third quarter, McDonald’s enjoyed  a 4.4-percent increase in U.S. same-store sales, due to the strength of all-time favorites like Egg McMuffin and Chicken McNuggets, as well as new McCafé beverages and Fruit & Maple Oatmeal.

The chain also brought back the ever-popular McRib sandwich this November.

Lombardi tells Nation’s Restaurant News, “McDonald’s could create significant shareholder value simply by finding a way to ring up $150 more per day at each store. Driving incremental sales of $150 per day, multiplied by 365 days and by approximately 14,000 domestic McDonald’s locations, would yield $766.5 million in extra revenue.  That figure, divided by an average unit volume estimated to be $2.3 million, means that McDonald’s could achieve the same incremental revenues of 333 new stores just by conjuring up $150 more per day from the menu at its existing units. ”

What Pinkberry, Red Mango and Other Frozen Yogurt Franchises Can Learn from McDonald’s

The frozen yogurt category needs a major shot of innovation and out-of-the-box thinking.  There are so many me-too brands invading strip malls across America, with very little to distinguish one from the other.  The entire industry, including most of the top-tier names, has become so complacent that hardly any effort is devoted to product innovation.

As the success of McDonald’s proves, you don’t need to create a totally new, game-changing product in order to have a meaningful impact on growth.  Try something as simple as incorporating complementary menu items (like coffee, a “better burger” and fruit smoothies, in the case of McDonald’s) at a price that makes sense for the customer.

I think the first thing frozen yogurt franchises need to work on is packaging innovation, so that their customers can purchase frozen yogurt at the 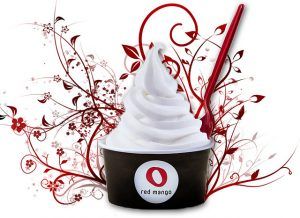 stores to enjoy at home.

Perhaps they can create something similar to ice cream cakes, such as frozen yogurt pies topped with fruit or other healthy toppings, consistent with their better-for-you value proposition.

Maybe even come up with a convenient breakfast-to-go item that’s made of yogurt and granola.

How about yogurt-based coffee blended drinks, fruit smoothies, and shakes?

Let’s see…how about cake pops, mini-cupcakes, and other mini-desserts that customers can enjoy with their frozen yogurt?

I love desserts with elements of hot and cold, like a fruit cobbler or apple pie ala mode — can’t they come up with something along these lines?

New product introductions require a lot of testing before rolling out (McDonald’s has this entire process down to a science).  It’s crucial to have actual data to show that the new menu items can boost the bottom line of franchisees.

However, doing nothing but opening new stores is far too risky a strategy.  Franchisors need to find new ways to increase revenues at existing locations.  Fortunately, this does not require a major overhaul of the entire business model. As McDonald’s has shown, a little innovation can go a long way.

Next post: Should McDonald's and Starbucks Be Concerned About Subway Café? Here's What I Think.