Michael Mabry’s first venture into the restaurant industry was a catering business he developed in 1989. In 1992, he joined Brinker International as Executive Chef for Romano’s Macaroni Grill. There, he was instrumental in establishing systems that remain a stable foundation of the business. While at Brinker, Michael advanced to General Manager in 1995 and to Director of Franchise in 1998. He created and implemented the global franchise strategy, process, initiatives and standards for Macaroni Grill.

In March of 2003, Michael took his talent and strategic thinking to Tin Star, where he focused on growing the concept by developing true franchise partnerships. In the subsequent two years, Michael sold ten development deals totaling seventy-two restaurants.

From March 2005 to March 2007, Michael was the Franchise Development Director for Boston’s The Gourmet Pizza. He was recruited for his ability to attract franchisees of a higher caliber. He attributes this to being able to “talk restaurant” with franchisees. Because of his dedication to relationships, he was instrumental in the hiring of three field operations employees. He sat on numerous committees and boards for the brand, representing both franchise and operations.

March 2007 marked Michael’s day-to-day involvement with Cutchall Management Company (CMC). Once again, because of his commitment to relationships, Greg Cutchall identified Michael to be the spearhead for CMC’s Dallas growth strategy. Paradise Bakery and Café served as the catalyst.

In late 2009, Michael joined forces with Brinker and Tin Star alum Rich Hicks, co-founder of MOOYAH. As Director of Franchise, Michael is responsible for MOOYAH’s overall growth. He also plays a part in real estate, food and beverage, design, and operations.

Michael’s participation in Harvard Business Executive Education is telling of his commitment to lifelong learning and his personal philosophy that “you need to understand before you can be understood.”

Franchise Chatter (FC):  Can you tell us the story behind the creation of MOOYAH? 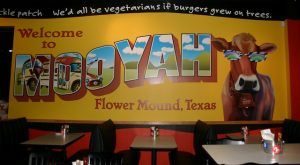 Michael Mabry (MM):  Rich Hicks and Todd Istre wanted to offer a concept that was known for the best burgers, fries, and shakes.

FC:  For those unfamiliar, please tell us about your food? What makes MOOYAH different from your competitors in the “better burger” category?  What are some of your strengths over the competition?

Our strength is “guest obsession”.

FC:  Who is your target customer?

MM:  Anyone looking for the best burger, fry, and shake experience. 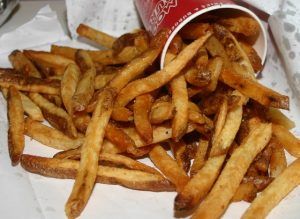 MM:  Burgers are the quintessential meal of America. There has always been a demand and there always will be.

FC:  Can you describe the ideal franchisee for MOOYAH?

FC:  What is the ideal neighborhood and territory for a MOOYAH restaurant?

FC:  What specific steps do your most successful franchisees take in order to build and grow their respective businesses? 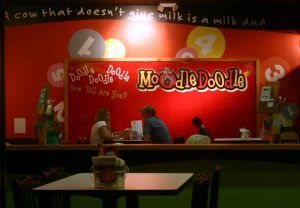 MM:  The number one thing that successful franchisees do is take care of every single guest. We must give each guest a reason to come back.

FC:  Can you tell us a bit about the initial investment and ongoing expenses to run a MOOYAH franchise?  What is the profit potential for your franchise?

MM:  Upon request, we will make our FDD available.

FC:  What are your goals for MOOYAH in the next few years and how do you plan to grow your business?

MM:  We are continuing to seek and attract business minded franchisees that will grow the business with us. It truly is all about people.

FC:  Is there anything else you wish to share about MOOYAH?

MM:  We are dedicated to our brand, our communities, our guests, our team members, and our franchisees.

Previous post: Moe's Southwest Grill, in Conjunction with HMSHost, Expanding into Airports Across the Country