(Ambrosio’s note:  Remember Sizzler?  They used to be so big back in the day.  They’re one of the pioneers in the fast casual restaurant category, having introduced the service style more than 50 years ago.  The brand had completely fallen off my radar, so when team Sizzler reached out to me to pitch a story, I was very eager to listen. I wanted to find out why we haven’t heard much about them in the past decade.

Well, apparently Sizzler is back and ready to compete again.  I’m working on an exclusive interview with their CEO Kerry Kramp, but I couldn’t resist giving you a little teaser of what’s in store for Sizzler.)

Sizzler, the family-friendly, fast casual steakhouse franchise that once boasted almost 700 restaurants and was worth more than a billion dollars, is in the midst of a major resurrection.  Based on consistent robust sales at their newly remodeled stores and heightened interest among franchisees to re-introduce the brand, the restaurant industry may be witnessing the unique comeback of a 53-year old,  iconic American brand.

And while Sizzler is down to just 176 U.S. restaurants, there are several reasons for optimism. 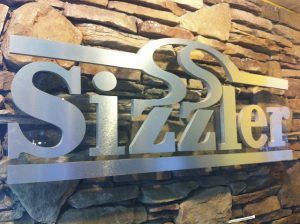 Sizzler is Back at Home

Since Kramp joined Sizzler in 2008, the company has completely eliminated debt, revamped its menu in favor of made-from-scratch, real kitchen-prepared food, and in conjunction with its franchisees, introduced a new prototype with updated décor.

With many buildings left vacant by sit-down restaurants that closed at the height of the recession, Sizzler’s prototype is “conversion friendly,” with plans to move into these vacated restaurant spaces and easily adapt the space to the Sizzler brand and model.

This will allow prospects to keep costs down, in many cases turning what used to be the previous tenant’s cocktail bar into Sizzler’s fresh salad, appetizer and dessert bars.

This has enticed many multi-unit, multi-concept operators to consider taking advantage of the real estate market and take even more interest in investing in the revitalized brand.

Sizzler also began testing such innovative food venues as food trucks (taking Sizzler food to the streets) and “Weigh to Go” kiosks in its restaurants where customers can purchase select menu items and pay for them by weight. 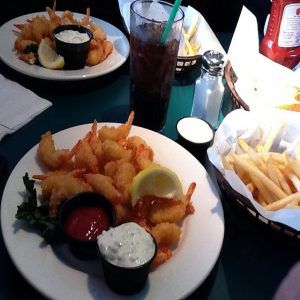 countless sandwiches and burgers and a hot dessert bar.

Guests order and pay upon arriving, enjoying Sizzler’s signature Endless Salad Bar and fresh-baked breads until their meals are delivered by friendly servers who refill beverages, clear tableware and tend to other needs.

“While Sizzler has withstood the test of time for more than a half century, we’ve re-energized the brand to remain that iconic staple in the industry for the next 50 years,” Kramp said, noting that since 2008 alone, system-wide sales have surged, and Sizzler restaurants that feature the new prototype design are experiencing sales increases.

Sizzler’s overall mission is to encourage previous guests who adored the brand in the 1960s-70s with their families to give the “new Sizzler” a try, while also attracting a whole new set of young business professionals during lunch and dinner.

The strategy seems to be working as Sizzler has experienced three years of consecutive same-store sales increases.

Sizzler USA currently operates 176 restaurants in the United States and Puerto Rico, of which 146 are franchised and 30 are company-owned.

Growth efforts are underway, with three franchised locations and two corporate units scheduled to open before the end of 2012.

Plans are to add 40 new restaurants in the next five years through multi-unit franchising in markets as Chicago, Denver and St. Louis, MO.

“While we’re poised for major growth, we’re focused on expanding the right way,” Kramp said. “We want franchisees who share an enthusiasm for the industry and a passion for their community. We are looking for franchise candidates that we believe will make a great contribution to the Sizzler system and help us take Sizzler into its next 50 years of prosperity. It’s not about growing fast, it’s about growing smart.”

Yes, Sizzler wasn’t on the radar for a while, but that’s about to change as the brand is on a mission to attract new customers and remind its faithful why they once adored the restaurant “Where America Comes to Eat”.

Previous post: Why Children's Lighthouse is One of the Leading Educational Childcare Systems in the US Today