(Ambrosio’s note: I first came to know Nicole when she left a very candid comment for my review of the Kumon franchise opportunity.  Since then, we’ve exchanged a couple emails and I found out that Nicole has nearly 16 years experience as a Kumon franchisee — first as the owner of a Kumon center in Pierrefonds, Quebec, Canada (near the city of Montreal), which she sold in November last year, and now as the owner of a Kumon center in Hamilton, Ontario, Canada, where she currently resides.  I can’t think of a more qualified person to tell us what it’s really like to be a Kumon franchisee.  Thank you, Nicole!)

Franchise Chatter (FC):  Can you tell us about your work background prior to becoming a franchisee of Kumon?

Nicole Smith (NS):  I did childcare, and then I was a stay-at-home mother. My work outside the home was all volunteer — mostly through committees.

FC:  What made you decide to become a franchisee of Kumon?

NS:  My eldest child was beginning first grade at a school that the year before had offered Kumon as a supplement (Kumon used to do in-school programs as a way of promoting itself before opening franchises in an area). When I learned Kumon would no longer be offered at the school, I didn’t want my daughter to miss out. I had heard good things about the program, so I enrolled her at the local center. Within the first months of her study, I became so excited about her progress and the program that I decided to pursue opening my own franchise.

FC:  What is a typical day like in your life as a franchisee of Kumon?

NS:  Mornings and early afternoons, in addition to keeping up with e-mails,  incoming phone calls and the social networks, I do flex work: follow up calls with leads and current parents, professional development, as well as association-related work, like meetings with KNA managers, the board and members.

Every weekday, I am at the center for 3-4 hours in the after-school period, running the twice weekly classes, doing parent orientations and animating progress meetings, planning students’ work, restocking study materials and doing other admin or janitorial work.


FC:  Can you name 3 specific things that you’ve done for your business that have produced the greatest results? 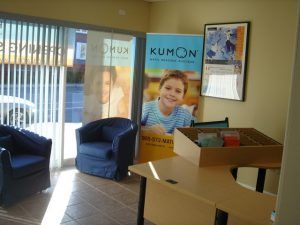 NS:  The success of a Kumon center, like many businesses, is very much driven by word of mouth, so there are various ways I ensure that I offer a high quality service so that the children benefit greatly and their parents naturally and spontaneously share their delight with friends. For example: 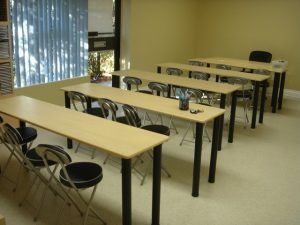 FC:  Can you share the highest point and lowest point of your franchise journey so far, and what lessons have an you learned from them?

NS:  The highest point for me so far was when I reached silver Elite status with my previous center, within the year before I sold it. It was the culmination of many years of hard work, and I felt very satisfied with the achievement.

The biggest challenge I have had so far was three years after I first opened, when I was told by the city that I had to go into commercial space. At that time, I only had 30 students, and Kumon Canada was recommending at that time that one have a minimum of 100 prior to moving into commercial space. However, it turned into the best opportunity because I was allowed to move my center to an area much better for me, where I was ultimately able to grow faster and build a very successful center (which was the one I sold last November).

FC:  What mistakes have you made as franchise owner that have taught you the biggest lessons?

NS:  I believe I have received the biggest lessons from experiences when parents took their children out of the program because of dissatisfaction. Though it is painful and challenging, it is always an opportunity for self-reflection and seeing what has to improve to try to decrease the possibility of that particular problem occurring again, if possible.

FC:  Can you describe your working relationship with the home office of Kumon? 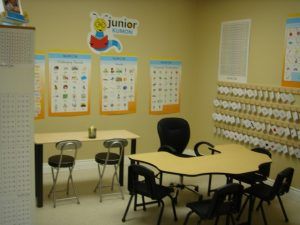 NS:  I have an extremely positive and productive working relationship with Kumon Canada and my local branch. Whenever I need information or support, I reach out to the person in charge of the area in question and the response is usually swift and very helpful. If there is any delay, I will send a reminder and it is dealt with right away.

In terms of policy, we don’t always agree on everything, but there is a great amount of mutual respect between myself and the head office staff at Kumon Canada, and we know we are basically working toward the same goals, i.e. a healthy and profitable franchise with satisfied, professional and successful franchisees.

NS:  What I like the most is easy — seeing the children develop in confidence, abilities, study habits, independence and maturity. It is a tremendous source of joy and personal motivation to me to see them blossom.

What I like the least about being a Kumon franchisee is dealing with policy changes that are made unilaterally by the franchisor without consultation with franchisees, especially when there is little explanation of why the changes were deemed necessary and no shared data and research to support the need for the change. The association continues to grow every year in strength and influence, but too often we are forced into a reactive role rather than being able to work in a constructive consultative partnership, which would be our preference. 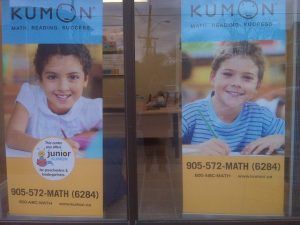 FC:  What’s the one piece of advice you wish you had gotten from a current Kumon franchisee before you made the decision to invest in a Kumon franchise?

NS:  When I became a Kumon franchisee almost 16 years ago, it was a very different company. In many ways, the changes have been good — the company is more professional, more technologically advanced, and more consistent in enforcing policies and ensuring a uniform brand and quality benchmarks. Other changes have been more controversial. Perhaps a wise person might have been able to foresee that changes would come, since nothing stays the same, and ask me this question: if I knew that things within the company would be very different over the years to come, was I prepared continually to adapt and grow to meet those changes? I have become more resilient but it was difficult especially in the early years because it was such a surprise. As time has gone on, I have learned to accept changes and the need for adaptation more.