14 Things You Need to Know About the Teriyaki Experience Franchise Opportunity from These 4 Must-Read Articles: 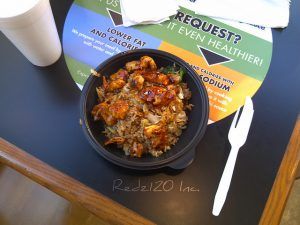 1.  Teriyaki Experience customers can choose from chicken, beef, shrimp, or tofu, stir-fried with fresh vegetables and served with a choice of steamed rice (white or brown) or noodles (yakisoba, which is thicker, or udon).  Sauce options for topping the stir-fry include the chain’s signature teriyaki sauce, as well as sweet chili, zesty pineapple, Pan-Asian, and reduced-sodium teriyaki. Other items on the menu are noodle soup bowls, wraps, dumplings, and teriyaki salmon.

2.  While most Asian quick service concepts serve batch-cooked food from steam table pans, the food at Teriyaki Experience is cooked to order — in two to three minutes — on a griddle behind the service counter in view of the customer.  The steel teppanyaki griddle is electric powered, five to eight feet long, and has controllable temperature zones  — high to quickly sear proteins and vegetables, and lower to hold just-cooked items for a few seconds without overcooking them.

3.  In the beginning, Teriyaki Experience chefs cooked with oil. Later, they switched to cooking exclusively with water.  Now, they cook in the traditional teppanyaki style with Asian cooking sauce  but, upon request, they can cook with just water.  A squirt of water on the griddle gets the proteins and vegetables to sizzle without adding fat and calories.

4.  At Teriyaki Experience, the average ticket price, including soda, is about $7. 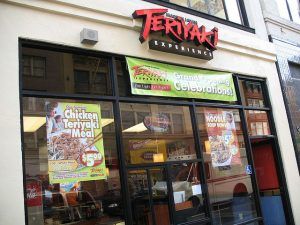 5.  In April 1986, the first Teriyaki Experience opened in Toronto’s Promenade Mall  by Lou Donato, the founder of Mrs. Vanelli’s Fresh Italian Food.  Lou wanted to offer customers something other than burgers, fries, and pizza, which were basically the only options available in food courts at that time.

6.  Nick Veloce, who was part of the team that launched Teriyaki Experience and is the current president and chief operating officer of the company, recalls to QSR magazine, “We felt the market was heading in a direction where the Asian category would explode.  We also thought the quick-serve industry was going to become healthier over time as customers began looking for alternatives to traditional fast food.”

7.  Today, Teriyaki Experience has 135 units open (all franchise units) in Canada, the Middle East, Italy, and the Caribbean.  Only 8 of the 250 planned U.S. locations have opened since 2007.  Speaking exclusively to Nation’s Restaurant News, Veloce explains, “When we started, it was very difficult to get financing. Today it is getting a little bit easier. From that perspective, it has been tough, and it has actually slowed our plans down in terms of timing.  But the positive side of it has been the real estate opportunities are abundant right now.” 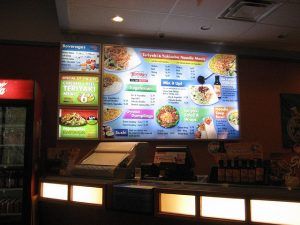 The Growth Potential of the Asian Fast Casual Category

9.  Veloce tells Nation’s Restaurant News, “Our category is one of those categories that’s probably the least impacted from economic reasons, only because people tend to trade down. If they were frequenting family dining, then they’ll come down a notch to quick service. We’re not your traditional fast food; we put ourselves a notch ahead of that, so we’re in between family dining and fast food.”

10.  Joe Arancio, vice president of development for Teriyaki Experience in the United States, tells Nation’s Restaurant News, “Asian food still has that exotic component that gets people interested, and they largely think of it as healthy.” Joe calls their style of display cooking as “dinnertainment,” similar to Benihana but on a miniature scale, and this reinforces their value proposition that their food is freshly prepared.

11.  Joe notes that their core customer base is comprised of the younger crowd, consisting of 24- to 35-year-olds, and skewed heavily toward women because of the segment’s healthful food perception.

12.  A Teriyaki Experience restaurant can be situated in street front sites, shopping malls, strip malls, university campuses, theme parks, airports, hospitals, and even supermarkets (kiosks).  Veloce tells QSR magazine, “We make the most of our space wherever we are. Some locations have only eight feet of frontage, like in the cafeteria of a university. There we’ll have somewhat limited offerings, but we’re still able to offer 60–70 percent of our entire menu.”

Previous post: Exclusive Interview with Todd West, VP of Operations and Franchise Sales for Starfruit Cafe ("We are not just your typical fro-yo concept.")