When it comes to obtaining a franchise loan and running a successful franchise, there are obvious advantages to having previous business experience and a track record of accomplishment.  Not so obvious are the strengths that younger franchisees bring to the table.

In an excellent article written by Sara Wilson for AllBusiness.com posted on August 5, 2011, Sara interviews some key players in franchising to get their thoughts on the impact young franchisees have had on their business.  Here are some key quotes from the article.

Zach Beutler, 23, opened his first Complete Nutrition location in December 2009, opened a second location last month, and plans to open three more. Beutler’s first location generated $950,000 in sales last year and is on track to do $1.3 million this year.

Ryan Zink is president of Complete Nutrition, where nearly half of their franchisees are under 3o.  Ryan says, “Young franchisees lack a fear of failure, which gives them an ability to try new things at unprecedented rates, from a new product to a new marketing avenue. Young franchisees have an indescribable energy and a hunger for the health and fitness industry that our customers can feel.  They are passionate about helping people and are active in their community, making things happen. This passion shows from the in-store experience to the follow-up.” 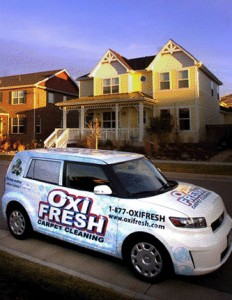 Jonathan Barnett started Oxi Fresh, an environmentally friendly carpet cleaning franchise, when he was only 26.  Jonathan says:  “For many young franchisees, this is their first business and they want to learn everything that they can.  They ask a lot of questions, seek advice, and are willing to try new ideas and methods, but they also have a lot of creative ideas they want to share with us.”

Scott Iverson, director of marketing for Toppers Pizza:  “Social media is the word-of-mouth of today.  If we want the Toppers brand to be a part of today’s word-of-mouth conversations, not being on social media is not an option — and we have to be there in an engaging way. Younger franchisees definitely see the value of this avenue of marketing because they belong to the same demographic we are targeting.”

“Having younger franchisees definitely helps build our brand.  The Toppers brand is known for its youthful, fun, irreverent tone. When someone sees a Toppers store that’s jamming, I think they would think of a young person running that store.”