6 Things You Need to Know About Toppers Pizza from the Article “Q&A:  Scott Gittrich of Toppers Pizza” Written By Mark Brandau for Nation’s Restaurant News and Posted on NRN.com on August 4, 2011

1.  Toppers Pizza, a 27-unit chain based in Whitewater, Wisconsin, has built a reputation for high-quality pizza, irreverent marketing (“We come fast, no apologies”), and its focus on the college student market.

2. Toppers has received more than 500 franchise inquiries year to date, up from 110 last year. Their long-term goal is to have 100 stores open by 2013 and 500 by 2020, but they are more committed to attracting the right kind of franchisees and not screwing it up rather than getting to that 100 number.  Scott says, “We have a great earnings claim, and when people call on our franchisees to do their due diligence, they get the kinds of testimonials we like. You don’t get those kinds of testimonials by growing too fast.” 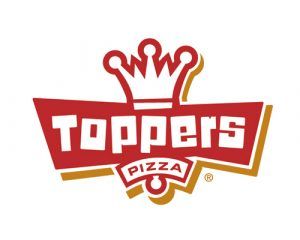 3. Toppers is looking for franchisees who are passionate about the brand and believe in what the company is doing.  Succesful franchisees don’t always look like a typical Toppers customer but they know how to deliver the Toppers experience in the stores. According to Scott, prospective franchisees “know that we’re open late and we’re rowdy. We don’t have to give a disclaimer. By the time I meet people and they’re in this room, they know that’s what the gig is, and that’s what they’ll be delivering.”

4.  On the topic of the brand’s positioning, Scott says, “When we show up in new markets, people get us and perceive us as different, fun, and of a higher quality. We’re in that sweet spot like Five Guys, or smaller pizza chains that have distinguished themselves like the gourmet-pizza people or Pizza Patrón.”

“Our first few stores opened on college campuses and are all open till 3 a.m. or later. You call our stores and you get these funny recordings.  It was just who we were, and it gained this following.  We come into a market, do something cool looking, and it’s believable. Competitors may rough up the edges and have hipper uniforms or whatever, but we think they can’t move in on that.”

5.  As Toppers has grown, their average unit volumes have grown as well, and that’s because of the strength of the brand.  “There’s no shortage of people kicking ass on college campuses, but what we’re doing is systematically owning that and frankly running it like a Papa John’s or a Domino’s would,” Scott says.

6.  “Chipotle has had no trouble selling $10 burritos the past few years. It’s not that Toppers doesn’t have a value proposition; it’s just different. It’s more indulgent and fun,” says Scott.

Previous post: Anytime Fitness invades Europe with new club in Susteren, Netherlands; aims to open 150 more in the Benelux region over the next decade

Next post: The Work at Home Woman Blog Names the Top 10 Home-Based Franchises for Women