1.  Chris Blaine was laid off as VP of Brand and Advertising at a credit card insurance company that cut back on its expansion plans amid the recession.  Fortunately, his severance package allowed him some flexibility to figure out his next move.  With a family of four young boys, the prospect of rejoining corporate America and the frequent travel that comes with it led Chris to explore owning his own business.

Chris learned about Home Instead Senior Care from a friend and mentor in the corprate office, and when he decided to pursue the opportunity, he moved his family from Omaha, Nebraska to purchase a Home Instead franchise in Springfield, Missouri.  He now employs 40 Home Instead CAREGivers(SM) that provide non-medical in-home care and companionship services to about the same number of seniors.

Chris says:  “Having worked in financial services and insurance, and looking at trends, there was definitely an increasing need for home health for seniors. It’s been good, very rewarding work.  Seeing a family’s peace of mind that Mom and Dad are being looked after is as rewarding as working on multi-million dollar projects.” 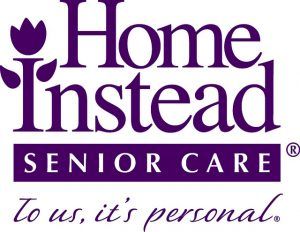 2.  Dave Parker lost his job as an executive with the new accounts division of a major credit card company when the entire division was shut down.

A short time after being laid off, Dave worked for a company that helps seniors obtain insurance. “As I would listen to the phone calls, I could hear the fear in seniors’ voices. I just wanted to do something to bring them peace and serenity.”

He discovered Home Instead Senior Care while he was searching the Internet for care for his father-in-law, and was impressed with the consistent level of satisfaction among franchise owners throughout the country.

With his severance, he was able to open a new office in West Jordan, Utah, a suburb of Salt Lake City. “It’s been an amazing year. My business has grown every single month.”


3.  Tim Connelly, director of Franchise Development for Home Instead, Inc., said that franchising remains a viable option in today’s weak market. “Like any business opportunity, you have to do your research and go into it with your eyes wide open. It isn’t for everyone, but so many have found personal and professional rewards in serving a growing senior demographic who needs help to remain safe and independent at home.”

4.  Founded in 1994, Home Instead is the world’s largest provider of non-medical in-home care services for seniors, with more than 900 independently owned and operated franchises around the world. Local offices employ more than 65,000 CAREGivers worldwide who provide basic support services – assistance with activities of daily living, personal care, medication reminders, meal preparation, light housekeeping, errands, incidental transportation, and shopping – which enable seniors to live safely and comfortably in their own homes for as long as possible.

Next post: Anytime Fitness invades Europe with new club in Susteren, Netherlands; aims to open 150 more in the Benelux region over the next decade