Key Takeaways, Insights, and Facts from the Article “Franchisers Focus on Loans” Written by Sarah E. Needleman for the Wall Street Journal and Posted on WSJ.com on  August 3, 2011.

Lately, I’ve been noticing a lot of articles discussing the difficult state of franchise financing today.  This one is from the granddaddy of all business publications, the Wall Street Journal.

2.  In a survey of 147 franchisors conducted in March by the International Franchise Association, 39% percent of franchisors said more than half of their franchisees (current and prospective) were unable to obtain to secure a franchise loan. This figure is worse than the 33% who responded to a similar poll just 4 months earlier.

3.  Prior to the credit crunch, most franchisees had been able to secure franchise loans on their own. Helping franchisees access financing was not the responsibility of the franchisor, but today “it’s job No. 1,” according to Shelly Sun, CEO of BrightStar, a home healthcare franchise. 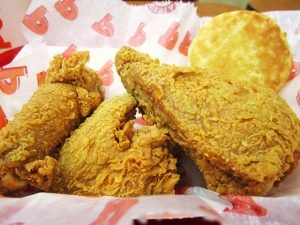 4. Franchisors can no longer depend solely on national banks as a source of franchise loans.  They must now establish relationships with regional and even community banks.  Since these smaller lenders may be unfamiliar with their brands or even franchising in general, franchisors need to be more proactive in educating and convincing banks to lend.

5.  Since June of this year, Popeyes and IHOP have each hired an executive to help boost franchisee lending, while Maaco and Meineke are planning to do the same.  The new hires meet with banks to promote their brands and offer financing guidance to franchisees.  Their job is to find potential lenders, explain what their franchise is all about, and get banks interested in lending to their company’s franchisees.

6.  In 2009, BrightStar hired a lending specialist who has produced impressive results.  The number of BrightStar franchisees able to secure loans skyrocketed from less than 10% before the hiring to about 75% today.

Franchise America can provide loans that range in size from $150,000 up to more than $5 million to qualified franchisees of their pre-approved franchisors.  The loans, backed by the U.S. Small Business Administration, were secured through Bancorp Bank in Wilmington, Delaware.

Previous post: No Nonsense Advice for Franchisees from John Scharnweber, COO and Part Owner of a Franchise Group that Owns 4 Denny's and 3 Ground Rounds in the Dakotas