1.  Freshii is a healthy fast casual restaurant concept whose mission is to provide “fresh food, custom built, fast.”  Their goal is to become the most convenient choice for healthy and fresh meals and snacks served quickly in a cool, clean, and environmentally sustainable setting for breakfast, lunch, dinner, and snacks in between. 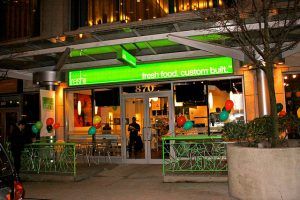 4.  Freshii’s packaging is made from eco-friendly vegetable starches, like corn or potatoes, which biodegrade quickly.  All containers, cups, and utensils either biodegrade naturally into the earth or are easily recyclable.  They use only eco-friendly, natural cleaning products.  Freshii takes pride in buying only from farms with environmentally responsible growth methods, where workers are treated and paid fairly.

5.  Matthew Corrin started Freshii in 2005 after a public relations stint in New York City working for fashion designer Oscar de la Renta. Corrin opened his first restaurant in Toronto at the beginning of 2005 and won the prestigious ARC award for National Innovative Retail Concept of the Year from Cadillac Fairview Ltd.

6.  The first location was a huge success — the store’s sales record was broken everyday for six months — and within two years, Corrin opened another eight corporate-owned locations in Canada.  He found three angel investors to fund the concept’s entry into the US market. He then temporarily relocated his family to Chicago, the location of Freshii’s first U.S. location.

7.  Freshii’s first U.S. franchisee is Chicago-based restaurateur David Grossman, who signed on to open 80 units over the next 10 years.

8.  Now, six years after the first store opened, Freshii has over 45 locations in four countries, including the United States, Canada, Austria, and 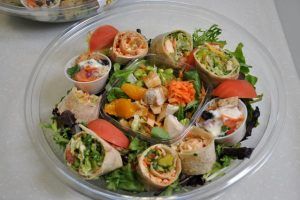 Dubai, and a location in India is on its way soon.

Next post: What is a Franchise? What is Franchising? Learn How 6 Leading Websites Define These Basic Terms