In an article posted on Inc. Magazine’s website on July 22, 2011, Elizabeth Sile discusses the ongoing legal battle between Edible Arrangements and its franchisees.  This is what I learned:

EAIFA sent letters from 300 franchisees requesting Edible Arrangements to reconsider this new policy and detailed their reasons for opposition, but the company refused to budge.

In September 2010, EAIFA, on behalf of 170 franchisees, filed a lawsuit against the company for allegedly altering its business agreement and unfairly imposing new system-wide mandates. 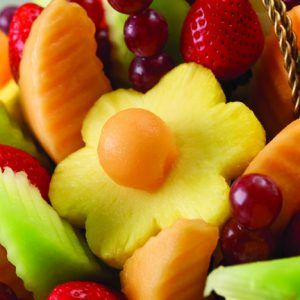 The latest development:  A Connecticut judge ruled that the lawsuit may proceed in the U.S. District Court for the District of Connecticut, after the judge denied Edible Arrangement’s motion to dismiss the complaint for lack of standing by the EAIFA to file the complaint.

This case reminds me a lot of the conflict between UPS and its franchisees back in the day when I was still a franchisee of the The UPS Store.  I can totally relate with the franchisees of Edible Arrangements — it is extremely disheartening to feel that the people you’ve partnered with for your livelihood have chosen to prioritize their own interests to the detriment of your own.

But the really sad part is that I can also see where the franchisor is coming from — they have their own business interests to consider, their own employees to take care of, and their own bottom line to defend.  But the creation of dippedfruit.com is a low blow and, in my opinion, completely unacceptable.  This is a clear case where there is lack of alignment between the interests of the franchisor and franchisees.  With each side vigorously defending its own survival, the entire system is severely weakened.

This, my friends, is the nature of the franchise relationship — for better or worse, this tension always exists.  You need to be prepared for this before entering into any franchise agreement.  I still believe that franchising is the best route for 95% of new entrepreneurs because it really does increase one’s chances for success.   But success is never guaranteed, and neither is a consistently smooth relationship with your franchisor.

Previous post: Casting Call for the Main Character in a New Reality TV Series with a Franchising Twist

Next post: Food Trucks: The Next Big Franchise Craze?