(Ambrosio’s note:  I tend to feature franchise companies that are well known in the United States, where a lot of my readers are from.  But I’m happy to make an exception for this Canadian franchise, based in Vancouver, called Rasoee.  They opened a restaurant near my place last year and I’ve been going there whenever I feel like having a quick and flavorful meal at an affordable price.  They currently have two restaurants, with two more opening soon — all in Vancouver, BC.  It’s my little discovery that I want to share with you.

Rasoee means “kitchen” in Hindi —  a language spoken in Northern India, where the restaurants’ fourth generation recipes originally came from. Since then, the recipes have been gently tweaked by Executive Chef Jason Symington to accommodate a North American palate.)

Shawn Pattison started from the ground up — working with Panago (a popular Canadian pizza chain) in various stores before owning and operating his first franchise in 1993. From his first successful franchise, he went on to develop and expand his own personal restaurant base in the Panago concept.

In 2004, Shawn became the Director of Operations for Booster Juice and traveled extensively throughout the United States, overseeing operations and expanding their brand. In 2007, he became part of Quizno’s Canada Corporation’s Western Canadian Operations Team in Vancouver until joining Rasoee in 2009.

His favorite Rasoee dish is the Chicken Tikka Wrap.

1.  What made you decide to join Rasoee as VP and General Manager?

I decided to join Rasoee because I saw it as a very exciting opportunity in an emerging food segment.  Indian food has largely been overlooked for a long time and is only now gaining the popularity it enjoys in many other countries.  I see Rasoee as a very creative and exciting place for a food concept such as this to shine and take a foothold in a relatively untapped market.


2.  Why should someone interested in owning his or her own business consider an Indian fast casual restaurant franchise?

Someone interested in owning a business should seriously consider an Indian fast casual franchise (Rasoee) because it’s in one of the fastest growing segments in Canada right now.  Rasoee also has systems in place so that the requirement for trained chefs or kitchen staff is eliminated, reducing labor costs and making restaurant operations very simple.  Rasoee is one of Canada’s first concepts to offer this system, in this type of environment for the guests.

3.  What sets Rasoee apart from your competitors in the fast casual restaurant industry?

We have clearly differentiated ourselves in the marketplace with a few key identifiers: food quality and taste, service times, ease of operations, and ability to take spaces that are not traditionally available for restaurants because of their venting requirements.  Rasoee has invested in equipment and systems to make sure that we provide our guests with the best possible overall dining experience.

4.  What qualities are you looking for in a prospective franchisee?

We look for a good fit rather than food experience or business background.  I’ve often said, “I can teach a skill but I can’t teach an attitude or a hard work ethic.”

A really special franchise partner is someone that is excited to be a part of the Rasoee family because of what it represents, along with the people involved.  We do quite a lot of candidate interviews and look for a good core fit with the company, in the belief that we are only going to be as good as the people we work with.  This strict measure of a candidate’s interest in the Rasoee brand and where the company is going, is a very critical point that we establish at the start of the discovery process.

5.  Can you describe the ideal neighborhood and location for a Rasoee franchise? 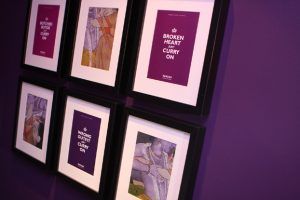 Rasoee is a high traffic / high density concept, and at this time generally found in more urban areas.  The ideal locations would be in street front units next to or very near other well branded concepts so that there is an association with a strong brand, along with high traffic, to create awareness.

Rasoee is a great fit for many different footprints since our space requirements and lack of venting is a strong point for getting key real estate.  Skytrain stations, lifestyle centers, and high traffic streets are where you will see Rasoee over the next year or two.  We are not currently in the US.

6.  Based on your observations, what concrete steps do your most successful franchisees take in order to build and grow their businesses?

Most franchise partners take a few critical steps in growing their business.  We promote mostly through local store marketing.  Most chains also engage in local store marketing; however, Rasoee actually devotes a sizeable portion of our in-store marketing dollars to sampling and complimentary local business lunches, to introduce the food and restaurant to the people in the area.  We feel that an individual “touch” at this stage is far more powerful than the typical mass media approach to getting the awareness out in the local area.

7.  What kind of ongoing support do you extend to your franchisees to help them become more successful?

Support here at Rasoee is something that is always available, at any time.  We have a structured check-in process to see how things are at each store, every month. Regular inspections are conducted in addition to sales and performance reviews.  Our Marketing Director is available for strategy meetings on any specific issues or targets that any franchise partner would like to approach.  We provide direct mail, email blasts, social media campaigns or gift certificates if needed, very quickly.  All of the team’s phone numbers — from our District Manager to CEO — are available and we have a mandate to respond to any calls within 24 hours. 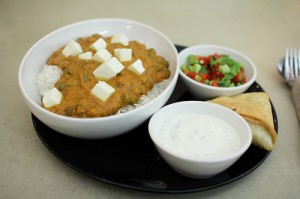 8.  What would you tell a prospective franchisee who wants to know about the profit potential of a Rasoee franchise?

Return is largely dependent on their own work ethic and operational excellence.  Guests are going to return based on the quality of the food, service, and cleanliness of each location. Sales and bottom line are also going to be affected by their site, so it’s a challenge to answer that question until we start to look at potential real estate on a case by case basis (It depends on the cost of a proposed lease and the demographics of the area).

9.  Can you describe your typical day as VP and General Manager of Rasoee?  What do you enjoy most about your job?

A typical day for the VP and General Manager starts at 6:30am…Lol, just kidding. Realistically 8:00am and usually starts with a quick review of my day to make sure that the meetings I have planned are well prepared for.  I then usually move towards speaking to team members to catch up if needed on current projects or if they need anything from me for approval.

Right now, real estate selection and franchise partner approval are some of the largest pieces we are working on, so that is usually what occupies a lot of the day.  Site visits and franchise partner meetings can take up a huge portion of the day in many cases but somewhere I find time to review distribution, food cost reviews, and spreadsheets for cash flow with the Finance Department.

I really enjoy many aspects of Rasoee — the fantastic team that puts up with me, the vision that we are all working towards, and seeing the brand develop so quickly.  I have seen Rasoee change dramatically, even in the last twelve months, and every day something new happens to instill in us that we are making gains in moving Rasoee forward to being a better franchise. 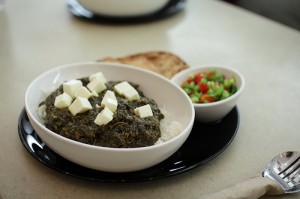 I can only say that Rasoee is a very dynamic company filled with great people committed to franchise performance, profitability, and a responsible brand.  I have a sincere belief that this is the concept to be a part of in the emerging Indian food market.  Rasoee is a locally owned business with committed people that are genuine and hard working, living a concept on a very real day to day basis.

I would encourage anyone interested in exploring more about the culture or opportunity of Rasoee to contact us and book a quick meeting with one of the team and decide for yourself if this is something special.