(Ambrosio’s note:  I know that interviews are always well received by readers of Franchise Chatter, and franchisee interviews are particularly popular.  But this interview is really special — it’s a favorite of mine.

Mark Stevens and his wife Kristie own 6 Anytime Fitness clubs located in Mississippi (Tupelo, East Tupelo, Meridian, and Starkville) and Alabama (Florence and Muscle Shoals).  They joined the Anytime Fitness franchise system in 2003.

Mark really opened up and shared many hard won lessons that any aspiring entrepreneur can learn from.  I thought Mark’s responses were very candid and thoughtful.  If you’ve ever considered owning a franchise or starting a business, I highly recommend that you read this interview.)

1.  Can you tell us about your work background prior to becoming a franchisee of Anytime Fitness?

Prior to becoming a franchisee of Anytime Fitness, I had 11 years experience in engineering and software development, with the last few of those in management.

While I enjoyed my job and my career was taking off, it was largely at the expense of my family.  My wife and I have four kids (whom she home schools) and between working long hours and commuting, I was basically a weekend dad.  Together, my wife and I began looking for another way to provide for our family where I could spend more time at home with them.

2. What made you decide to become a franchisee of Anytime Fitness?


After a weekend trip in 2003, I had the bright idea to open a gym in the Houston suburb where we lived.  My wife thought it was a horrible idea since we had zero experience in running a business, much less a gym.  Nevertheless, I checked into it and found what was then a new franchise with a unique business model that reduced operating costs and made it possible to leave the club unstaffed at night.  What interested me most at the time was the ability to have a business and still spend time with my family.

3.  What is a typical day like in your life as a franchisee of Anytime Fitness?

With six clubs, my day is a bit different from when I was a single club owner.  At first, I kept my full time job until the club was up and making a profit, which was about four months after opening.  I only had a couple of part-time sales people and a few trainers, so I only spent a few hours in the club each week and a bit more managing them during lunch breaks and after work.

While I have worked full time in several of my clubs (as we were opening the rest of them), nowadays most of my time is actually spent working from home.  Most days, I spend a few hours on the phone and with e-mail — more if we are opening a new club. Typically one to two days per week, my wife and I take turns visiting clubs and coaching staff.

4.  Can you name 3 specific things that you’ve done for your business that have produced the greatest results? 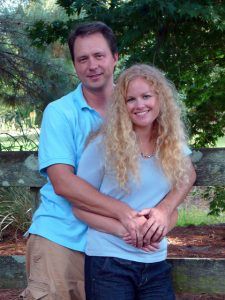 The first thing that sets the stage for everything else is the location.  It’s not that you must have the best location possible — which is sometimes more expensive than it is worth — but you need to have a good location at a fair rental price.  You also have to consider the neighboring businesses and how much traffic they bring in.

Second is getting the right people in place and setting up their compensation so that they succeed as you succeed.  We have a great franchise and good systems in place, but having the wrong people or having good people in the wrong place will still hurt your business and cause you to miss good opportunities.  We are now much quicker to get rid of staff that aren’t working out.  We are also quicker to compensate those who perform well — at first with bonuses until we see the consistency that justifies a raise.

5.  Can you share the highest and lowest points of your franchise journey and what lessons have you learned from them?

The high point for us was when we realized that we could make a good living at this and still have the family time we were looking for.  We’ve had other good successes along the way, including winning Operator of the Year in 2007, but that still comes second to realizing the lifestyle we had hoped for.

The low point was during the second year of the recent economic recession.  During the first year, we kept pushing ahead with growing our business and opened two more locations because of the great deals we got on rental spaces.  However, as the recession continued to drag on, the profit got thin and we had to let a few people go, which put a lot more work on us.  We were able to stay profitable, but it wore us out and we started to fear that things might not turn around.

Eventually, profits inched back up, we replaced all of our underperforming employees with some great new hires and things have been on a consistent upswing ever since.  We learned several lessons through this tough period and the company is now better because of it. 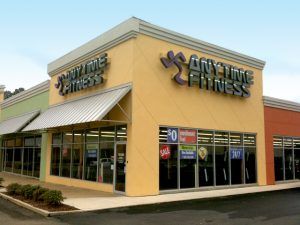 6.  What mistakes have you made as a franchise owner that have taught you the most valuable lessons?

Well, not following the model was our most frequent mistake early on.  With the first few clubs, we fell for the “but our market is different” mindset to justify things that didn’t pay off.

The biggest of those are the child play areas we used to have because “No mom will join if you don’t have childcare!”  Not true.  Sure, some will go elsewhere, but a lot more either don’t care or prefer not to have screaming kids just around the corner.  Our franchise tried to warn us, and we regretted not listening.

7.  If you were to speak with a prospective franchisee about the profit potential of an Anytime Fitness club, what would you say?

The profit can be great and the franchise has an extremely good success record, but don’t think it is always a “Field of Dreams” scenario.  If you aren’t going to be involved as an owner and manage your staff closely, you are running a huge risk.

That doesn’t mean you have to be an on-site owner or that you have to quit your day job to open one, but you MUST be in your club regularly, especially on the front end.

You also MUST go to training and learn how to do the day-to-day things, especially sales and customer service, so you can coach and manage your staff.

8.  Can you describe your working relationship with the corporate team at Anytime Fitness?

We love the people at our corporate office!  We’ve been around since near the beginning of the franchise and they have done extremely well at hiring great people and developing a “work hard, play hard” culture.  Not only are they very capable professionals, but they are fun to be around.

Everyone is approachable and eager to help, and they are honest enough to admit when they aren’t sure of an answer or how to handle a situation.  You get the feeling that they really want us to be successful as individual club owners, which I think is part of the key to their success.  As they help us, our success drives theirs.

9.  What do you like most about being a franchisee of Anytime Fitness? 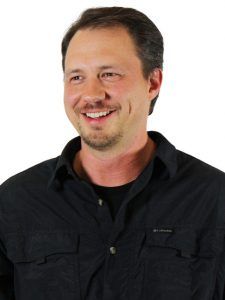 Wow, this may be the hardest question…there really isn’t any one thing that sticks out.   If I had to pick one today, it would be their continual drive to become better.

Stagnant business models in today’s society are like flowers that wither and die in a single season.  Although we have a great thing going now, I would be concerned if we weren’t questioning, experimenting, and growing.

Not everyone likes change, especially when things are going well.  And I know that some of my fellow franchisees complain about changes that the franchise has made.  However, I’ve already seen enough change in the first eight years to know that the long term benefits outweigh the cost when it’s an investment in making your business better.

Since my wife and I have been doing this, we have never been as blessed as we are now with great staff.  Not only are they great employees, but everyone seems to be looking out for each other, including them looking out for us.  We work well together and everyone is supportive when one of us needs time off or has a personal goal he or she wants to achieve.  It’s really become a lot of fun, both inside and outside the club.

Go to Facebook to connect with Mark and Kristie Stevens and to learn about their Anytime Fitness Clubs in Muscle Shoals, Meridian, Tupelo and Starkville.