To read dozens of exclusive articles on the frozen yogurt franchise sector, check out our Fro-Yo Files page.

I first came across Menchie’s frozen yogurt franchise when I saw their ad in Franchise Canada magazine earlier this year.  Their ad conveyed a sense of fun and whimsy — with a lot of kid-appeal.  When I went to their website, I learned that their concept is very similar to Yogurtland, which I enjoyed very much when I was in Las Vegas last year.   Menchie’s also offers a variety of yogurt flavors (rotating daily), toppings (fruits, nuts, and candy) and sauces (hot fudge, caramel) in a self-service format where customers pay by weight.

I was so excited to learn that a Western Canadian company called Empire West is planning to open 33 Menchie’s stores in British Columbia and Calgary over the next 5 years.  The press release dated March 15 of this year said that the company is planning to open 3 stores in British Columbia within the next 3 months.  I haven’t seen any signs yet that they are opening in downtown Vancouver, but I’m so looking forward to it eventually happening.  It’s going to be a frequent destination for sure. 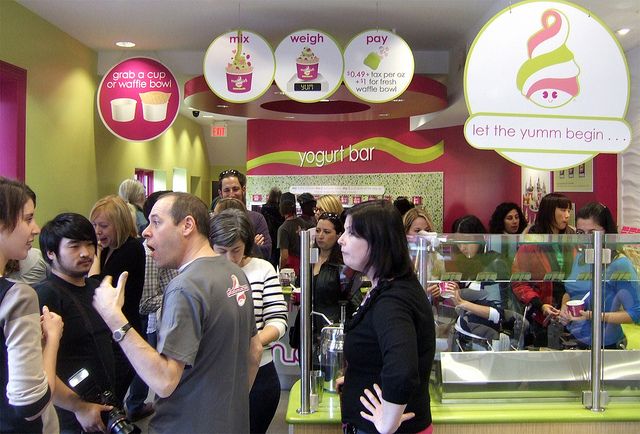 What I admire most about Menchie’s frozen yogurt franchise is their emphasis on providing a great customer experience and creating a family-friendly environment.  The Menchie’s logo makes it very clear that they cater to families with young children — and they seem to be very successful at it.  From all the pictures I’ve seen, their stores are like magnets for kids and teenagers — and their parents don’t seem to mind one bit!  It seems like a place where the entire family can enjoy. 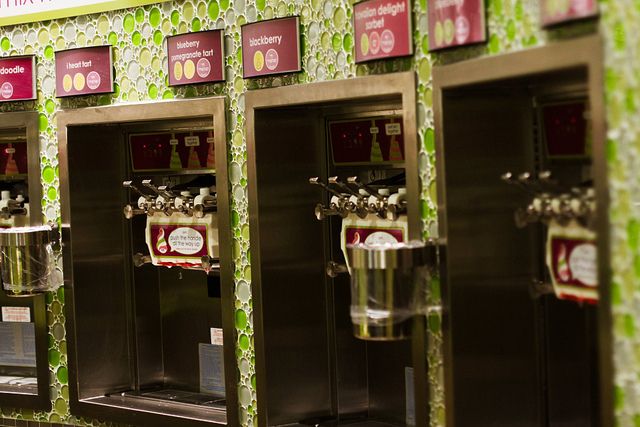 I’m a big fan of Yogurtland’s selection of flavors because I like original and unexpected flavor combinations.  Yogurtland offers flavors like Chocolate Coconut Truffle, Devil’s Food Cupcake Batter, and Key Lime Bar Tart.   On the other hand, Menchie’s offerings are more traditional —   like chocolate, pistachio, cookies and cream, and countless fruit flavors.  But what I do like about Menchie’s frozen yogurt is their wide selection of low-carb, no sugar, and dairy-free options — giving me the option to be naughty or nice depending on my mood. 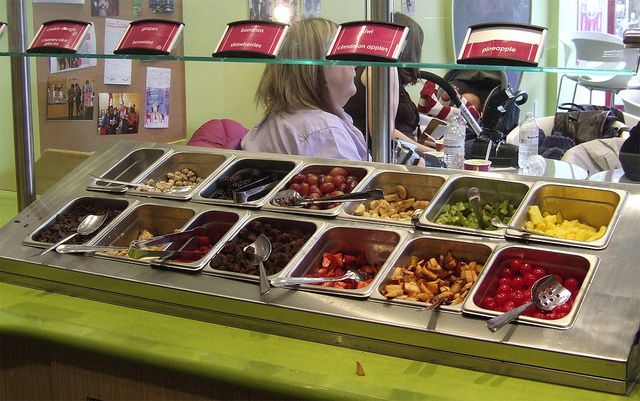 What strikes me as most impressive about Menchie’s frozen yogurt franchise is their explosive growth.  They’ve only been in business since 2007 and began franchising in 2008.  They now have over 70 franchise stores operating in the US, with many more opening soon.  They are also expanding internationally to countries like Canada, Mexico, China, Japan, Australia, India, and the United Kingdom, among others. 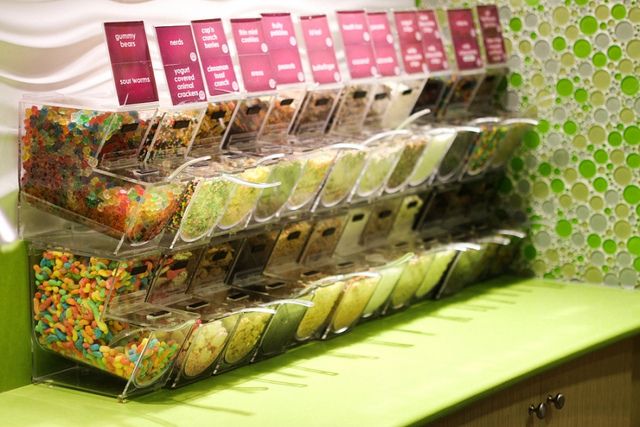 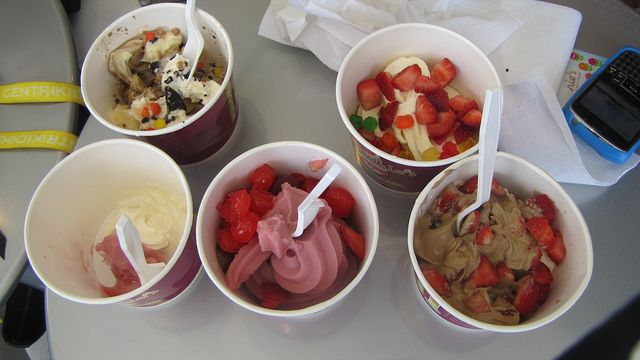 The frozen yogurt business is one where having a well known (and, hopefully, well loved) brand really makes a difference.  An independent mom-and-pop frozen yogurt place will have a hard time competing with a brand that has a loyal fan base.  I’ve seen independent stores struggle because they can’t seem to recreate the same environment and experience that a well financed chain can.

And Menchie’s frozen yogurt in particular seems to attract a lot of celebrity customers — like Taylor Swift and Selena Gomez to name a few — and this certainly enhances  the appeal of the brand, especially with the younger crowd. 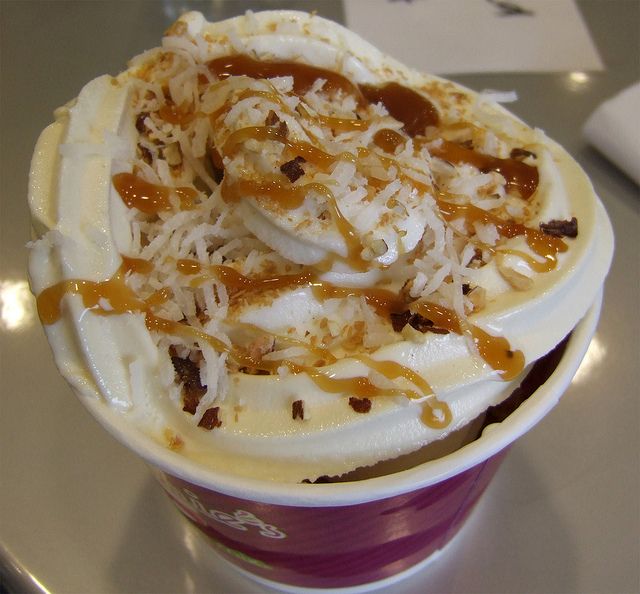 My only concern is whether this whole frozen yogurt trend is just a fad.  There was a time when Krispy Kreme was the hottest food concept around.  But because they saturated the market by making their products available in so many locations (like convenience stores), their brand quickly lost its luster.  Competing in this sector are many players like Pinkberry, Red Mango, Yogen Fruz, and Yogurtland — each just a little bit different from the other.  In the end, only a few companies will thrive.   My bet is on the self-service concepts like Menchie’s and Yogurtland because they offer not just a good product but a fun experience as well.

I think Menchie’s frozen yogurt will be a fun franchise to own.  Seeing people have a good time while enjoying my products and environment will be satisfying on so many levels, I’m sure.  When I used to own a UPS Store, one of my pet peeves was having to put out fires when UPS didn’t deliver customers’ packages on time, or worse, delivered them broken.  It would be so nice to own a place that brings joy to people and enables me to earn a good living at the same time.  I think Menchie’s frozen yogurt has the potential to make both possible.