Whenever I choose a franchise company to write about, I always consult my Google keyword research tool just to make sure there are enough people searching for information about the franchise.  I then refer to Entrepreneur Magazine’s Top 500 Franchises List to check if the company has a good reputation and worth presenting to my readers.  That’s why I usually end up featuring nationally recognized and well established brands.

But I am going to break my usual pattern this time because I want to introduce you to a really exciting and fun pizza franchise with a lot of profit potential and growth opportunities:  Toppers Pizza.  I first read about Toppers Pizza in this month’s issue of Entrepreneur Magazine.  It was a brief one-page feature on Dave Gilewski — a young, fresh-faced, former yellow pages ad salesman — who was a fan of Toppers Pizza when he was in college in the late ’90’s.  He eventually opened his own store in Franklin, Wisconsin in 2008, which generated sales of more than $600,000 in just 8 months!

I went to their website to do more research and I was thoroughly impressed.  In fact, the Toppers franchising website is one of the best I’ve seen.   They provide a ton of helpful information, and presented everything in a fun, light-hearted way.   I immediately decided to write about this pizza franchise opportunity. 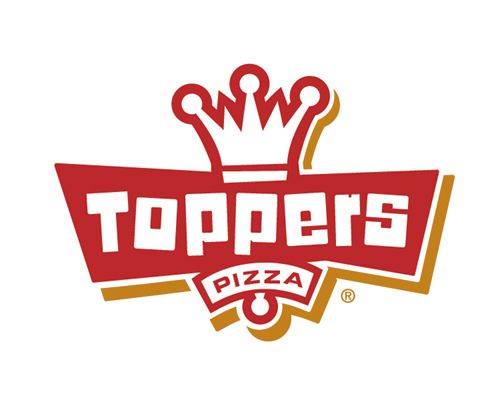 These are just a few reasons why I think this pizza franchise opportunity shines:

1.  Lots of Room to Expand, Many Territories Available

Toppers has been around for almost 20 years, but it’s still a small regional chain of around 28 stores.  Toppers Pizza restaurants can be found in Wisconsin, Minnesota, Illinois, Indiana, Ohio, and North Carolina.  Their main targets for expansion right now are the surrounding states of  Iowa, Kansas, Kentucky, Michigan, Missouri, and Nebraska.    The rest of the country — save for a few states in both coasts — is open for area development.


They focus their marketing efforts on 20-25 year old college students, as most of their restaurants are close to major universities.  But the appeal of their food is universal.

Their pizza comes in a variety of crusts:  hand-tossed, thin, or Tall Boy (which I’m assuming is a super thick crust).  What I like most about their menu is the original and inventive flavors, like the Mac ‘N Cheese Pizza, Hangover Helper, Philly Cheesesteak, and Gyro Topper, to name just a few.  They also serve buffalo and boneless wings, Grinders (which are toasted sandwiches on an artisanal roll) and quesadillas.  But their signature dish is the Topperstix — homemade dough topped with cheese and garlic butter — which comes in a variety of flavors like Tacostix, Pepperonistix, and Baconstix. 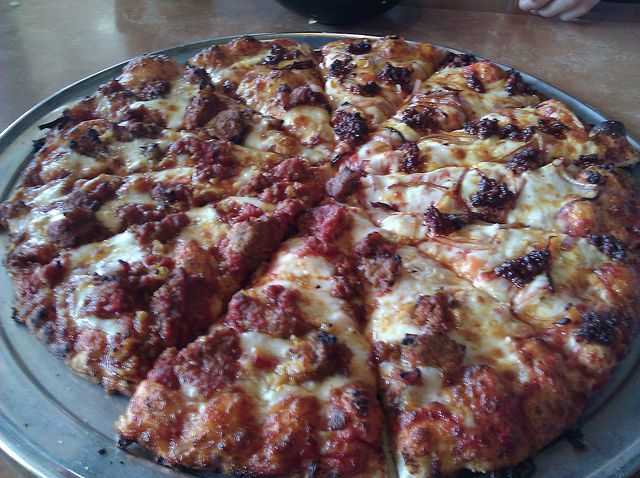 3.  Good Profit Potential, Franchisor Has Confidence in the Numbers

I’m always impressed when a franchise company is confident enough about their profit potential that they disclose average store sales and profits right on their website.  (Among the franchises I’ve featured, only Jimmy John’s has done the same.)  Please refer to Toppers Pizza’s franchising website to see how these averages were calculated because not all stores were included and the reporting period was 53 weeks.

But any way you slice it (pardon the pun), the numbers are impressive:

4.  Initial Investment and Net Worth Requirements in Line with Other Pizza Franchises

The total initial investment for a Toppers Pizza franchise ranges from $286,628 to $529,968.  The franchise fee is $30,000, but may be reduced to $15,000 if the franchisee has been the sole general manager of a Toppers Pizza restaurant for 18 consecutive months in the last 36 months (a great way to reward managers who want to open their own restaurant!)

All of these figures are within the range of other pizza franchise opportunities.

5.  Passionate and Loyal Fan Base

Toppers Pizza has a very passionate and loyal group of customers, who tend to be mostly young college students who use social media to spread the word about their favorite brands.  They currently have over 30,000 Facebook fans and for a chain that  has only 28 or so restaurants in one region of the country, this number is truly impressive.   And most of the current franchisees were loyal customers of Toppers Pizza when they were still in college. 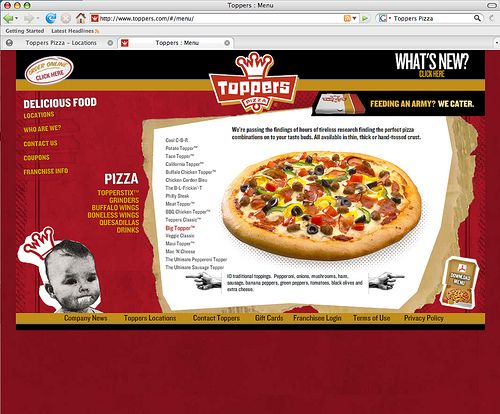 But this opportunity is not for everyone.

The franchisee must be prepared to work long hours.  Their typical store is open until 3am because they cater mostly to young college students.  In some cases, most of the store’s sales come after 9pm.  I am not sure if Toppers will relax this policy as they expand aggressively to other areas where these late hours may not be necessary.

Franchisees are expected to be owner-operators, and at least 1 partner who has at least 50% ownership in the operating company must work full-time in the day-to-day operations.  As I watched the videos of their franchisees, the recurring theme was franchisees must be willing to work very hard, but the rewards are well worth it.

Click here to read my interview with Brett Larrabee, Director of Franchise Development for Toppers Pizza

Click here to read my review of Red Brick Pizza

Previous post: My Thoughts on the Profit Potential of a Qdoba Mexican Grill Franchise

Next post: Exclusive: A Closer Look at the Great Clips Franchise Opportunity with Rob Goggins, VP of Franchise Development