I’ve never been the biggest fan of Mexican food. I do enjoy it on occasion, but it’s not something I crave. I guess it’s because my only exposure to Mexican food while growing up in Manila was by way of Taco Bell.

But the Mexican fast casual restaurant concept has been on my radar for quite some time due in large part to the spectacular rise of Chipotle Mexican Grill’s stock price (from around $85 at the start of 2007 to $350 today). Chipotle owns all of its restaurants and does not currently franchise its concept.

I’m embarrassed to admit that I’d just heard of Qdoba Mexican Grill very recently, which is surprising since Qdoba has been around since 1995, with over 525 stores across the US today. Qdoba competes in the same category as Chipotle but with one major difference — Qdoba is franchising! After learning more about Qdoba, I’ve come to the conclusion that this is a great opportunity for someone interested in opening a fast casual restaurant in this very hot category. 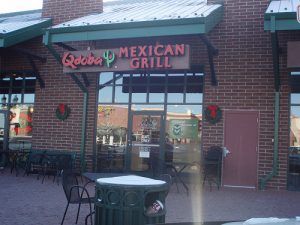 When I saw Qdoba’s menu and photos on their website, I was blown away by their food (without actually tasting it!).  They say in their marketing materials that Qdoba is “not your typical Mexican restaurant” — it’s an “artisanal Mexican kitchen.”  Ancho Chile BBQ and Poblano Pesto are flavors that you won’t typically find in the neighborhood taqueria. But this is exactly what appeals to me about the food and concept of the restaurant.

I can see myself eating here a few times a week, at least. I’m always looking for a satisfying meal without bread, rice or pasta — which is not always easy to find in a fast food or fast casual restaurant. In Qdoba, I can get their burritos naked (in a bowl), and I think this will fill me up quite nicely. I can choose to make it as healthy or naughty as I like, depending on my mood for the day.

I also learned that they are open for franchising in Vancouver.  I hope someone opens a Qdoba restaurant downtown. I think it will be a big hit because we don’t have anything that comes close to this concept (no Chipotles either). Or maybe I can even put a group of investors together — now wouldn’t that be nice!

So why do I like the Qdoba franchise opportunity so much? 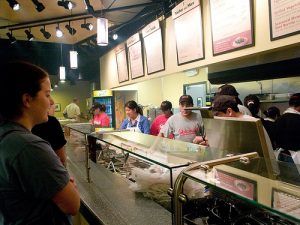 1.  I like the fact that Qdoba owns and operates around 30% of the chain’s restaurants nationwide. This is a very important distinguishing factor because I’m more assured that the interests of the franchisor and franchisees are well aligned.

When franchisors do not actually own any of their stores, there is a tendency for them not to fully appreciate the economics of the business at the individual store level. I have more confidence that a franchisor who operates such a huge percentage of the chain’s total stores will make decisions that are right for the business, as well as its franchisees.

2.  I am very impressed that 90% of all franchisees own more than one unit. To me, this statistic is just extraordinary and validates the profit potential of this concept.

3.  The food preparation aspect appears to be very straight forward. Yes, there is some cooking involved but once everything is set up, the food is simply assembled and customized for the customer.

4.   With just over 525 stores across the US today, there is still a lot of room to grow. There are many lucrative territories still available. And since this is a fresh concept where the only other major player is Chipotle, there isn’t a lot of competition for space in the same strip mall or shopping center for the same concept. 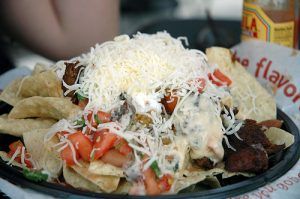 5. The total initial investment for a typical Qdoba restaurant ranges from $454,000 to $738,000. The franchise fee is $30,000 and ongoing royalty fee is 5% of gross sales. All of these figures are very much in line with, if not less than, other fast casual restaurant franchises.

6. I also like the fact that Qdoba is a subsidiary of a publicly traded company, in this case Jack in the Box Inc. This gives me some assurance that the franchisor has the resources necessary to support the franchise operations. And given the impressive performance of Chipotle’s stock, I won’t be surprised if they eventually spin-off Qdoba into its own publicly traded company someday.

7.  I like Qdoba’s menu and, apparently, so do many others. Qdoba seems to have a very large and loyal following, who appreciate the freshness, variety and uniqueness of its food.   The menu appeals to those who want a lighter, healthier meal (that’s me!), as well as those who enjoy bold flavors (that’s me, too!).  With so many combinations possible,  there’s something for everyone at Qdoba.

But for those who meet these minimum net worth requirements, I think this is a great opportunity to be part of a brand that clearly has a lot of growth ahead of it.

Next post: What is the Profit Potential of a Toppers Pizza Franchise?